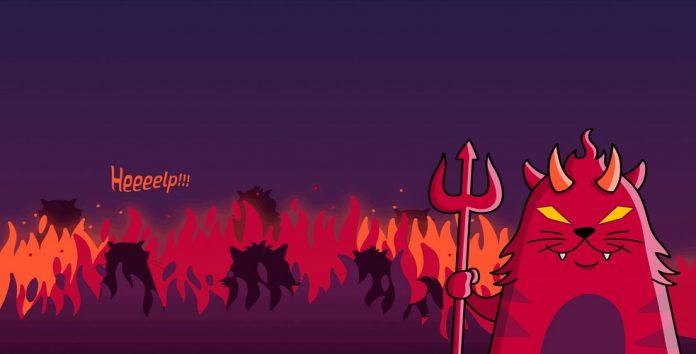 In the fall of 2017, along with the rallying of Bitcoin and other digital assets, Cryptokitties dominated Ethereum space and almost brought the Ethereum network to a halt. This was due to the increased demand for Cryptokitties then.

However, it is quite obvious that in less than 3 years, the popularity and demand for Cryptokitties have dropped. Despite efforts to push the project into new jurisdictions, its activities have dwindled, leaving early investors hanging.

KittieFight is however attempting to create an interesting use case for Cryptokitties. It is built around the premise of empowering NFT holders and community users in the Cryptokitties ecosystem.

This is achieved by gamifying the investment process. Participants can earn Ether and KittieFight KTY tokens from participating in competitive combat, coalition-based games, and in highly-optimized user gaming experiences.

“KittieFight is Mortal Kombat for Cryptokitties. In kittieFIGHT, tokens are awarded to winners of each fight session that utilizes customized fighting kittie characters derived from the Cryptokitties platform.”

Whilst the combination of gamified user experience and the ability to earn rewards seems promising enough, KittieFight indirectly cuts the oversupply of non-fungible (NFT) digital items on Cryptokitties.

In light of this, a lucrative yield farming program called the “Volcano” has kicked off with a limited-time Dutch auction. Volcano is the KTY token liquidity mechanism for KittieFight. It incentivizes on-chain liquidity and will kick off just before the end of the Dutch auction.

Both KTY and DAO governance tokens (SDAO) will be distributed to yield farmers who provide liquidity on Uniswap V2 by staking uniswap liquidity pool tokens in the Volcano. Users who stake more and for longer periods of over 6 months will receive a greater share of the KTY and SDAO token pools.

Furthermore, although staking more and for a longer duration increases the rewards a user earns, there is no restriction on users to participate in the entire duration of the program. Yield farmers can unstake their collateral at any point in time. The minimum duration before yield can be withdrawn is however 1 month. As for the distribution of rewards, KTY and SDAO tokens in the Volcano are unlocked gradually month after month.

As earlier mentioned, the Volcano yield farming program has kicked off with a limited-time Dutch auction. The auction is the first stage KTY distribution ahead of the KittieFight yield farming program. Interestingly, users get to democratically decide the price of KTY by sending Ether bids during a 4-week bidding period.

In conclusion, the KittieFight platform gaming system can be likened to a high-yield casino that is funded by an open-source bank of lenders. For their efforts in bankrolling the system, lenders get a weekly reward based on their initial capital deposit.

Considering the tokenomics of KTY tokens, the Dutch auction is definitely a steal for those who manage to get in before the auction closes. You are invited to participate in the auction by visiting the KittieFight website.