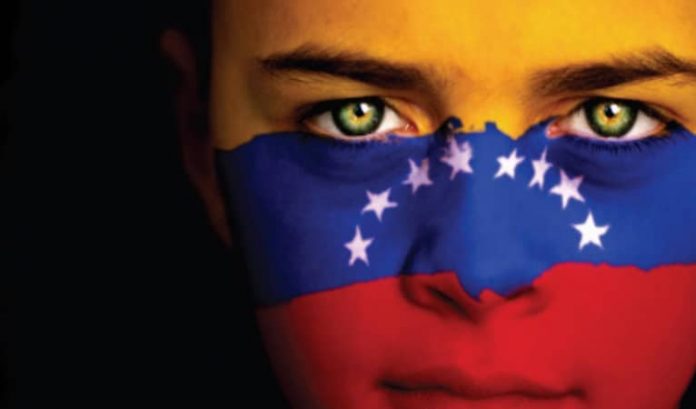 It is often the case that great changes are forced out of necessity, rather than a willingness to innovate for good. Just as the Cold War and WWII accelerated the space race, and the first refrigerators were built to aid Yellow Fever patients, Venezuela’s 20-year descent from a peaceful, prosperous democracy into a violent, impoverished nation may have forced the innovation of a revolutionary new financial system that the rest of the world could learn from.

Venezuelan President Nicolás Maduro has had to deal with an ailing economy since he came to power in 2013, but in recent years the plight of the fiat currency, the bolivar, has reached new lows.

In 2019, the International Monetary Fund claimed that national inflation of the Venezuelan bolivar was expected to reach 200,000% by the end of the year. This would mean that a cup of coffee that cost 150 bolivars in November 2018 would cost 180,000 bolivars by 2020.

Although recent charts have shown a slowdown in the inflation suffered by Venezuela, the damage was already done. Christopher Sabatini, senior research fellow for Latin America at Chatham House claimed that Venezuela’s plight was “the worst economic and humanitarian crisis in the world, in which there has never been a war”.

Maduro’s response was to effectively write off the collapsing bolivar and instead implement a national cryptocurrency in which citizens could receive their wages, buy groceries and, as of August 2020, pay their taxes.

Cryptocurrencies have been thrilling investors for over a decade, and Maduro’s logic in introducing a national digital currency for Venezuela as a means of supplementing the troubled bolivar and circumventing US trade sanctions seemed plausible.

El Petro would be the name of the new cryptocurrency. Designed to hold its value by remaining pegged to the country’s oil, petrol and gold reserves, the Petro would act as a stablecoin – free from the volatility of much of the crypto market made up of unpegged coins like Bitcoin and Ethereum. While the values of similar low cost coins like Monero to Dash, or Litecoin are low enough to use on everyday goods, these digital currencies can rise and fall erratically – whereas Petro is set to find stability by remaining backed by real-world assets.

The development of El Petro and the magnitude of its release was unprecedented. However, three years on it’s fair to say that Venezuela’s very own stablecoin hasn’t been a success in a practical sense. Various nations have refused to acknowledge the cryptocurrency as anything more than a scam, while Aaron Brown, former managing director and head of financial market research at AQR Capital Management noted that while Venezuela boasted the largest oil reserves in the world, it’s of a low quality, and is expensive to extract – leading critics to write off the whole project as fraudulent.

Blueprints for Success Within Ruin

Despite Brown highlighting the frailty of the Petro, he also points out that critics have regularly failed to analyse the underlying theory behind the cryptocurrency.

Since 1921, financial experts like Benjamin Graham – who is best known as the father of value investing and the mentor of Warren Buffett – suggested that commodity-backed currency was ideal for sustainable finance. Graham recognised that commodities were cheap in times of recession, but scarce and expensive in times of prosperity.

While many onlookers have written off the Petro as a flawed idea, theoretically, an oil-backed currency would allow a government to offer loans in a hard currency without facing limitations from currency reserves. The investment return would also be kept safe from oil price fluctuations because revenues and expenses are denominated in oil values.

Sadly, to make such an ambitious plan work in releasing a competent national currency, a country would need a credible government, oil scarcity, and investors who are willing to take on the technological and political risks of drilling schemes. Writing for Bloomberg, Aaron Brown speculated that the concept of Petro would’ve worked better if the price of oil totalled $200 per barrel and a nation like Canada attempted to spur the development of its oil sands.

Fundamentally, the arrival of Petro has been punctuated by a government that has lost the trust of many of its allies and many of its citizens. The lack of trust in the project, and its implementation on a private centralized ledger meant that Petro could be manipulated by government officials.

However, the technology exists to release a pegged stablecoin on a decentralized public blockchain, allowing a greater level of transparency and trust.

Venezuela’s Petro may not go down in history as a successful project in the future, but it’s worth noting that the blueprint that underlined its release could be effectively implemented elsewhere in nations with greater degrees of transparency and trust.

In developing economies, where the value of fiat currencies are notably weaker than established nations, the use of pegged stablecoins that champion stronger trading assets can help to create a competitive financial ecosystem and modernise economic infrastructures.

At a time when the world is bracing itself for the damaging ramifications of the devastating COVID-19 pandemic, we may yet see some governments looking to the blueprints for a digital economy set out by Nicolás Maduro. With the right levels of resources, transparency and trust, it may not be long before we see a more successful development of a nation driven by a national cryptocurrency.

Bitcoin is famous for its volatility, but...
Read more
Opinion

The most beautiful definition of a cryptocurrency suggests that...
Read more
Opinion

Rarely do cryptocurrency websites refer to anything...
Read more
Opinion

Cryptocurrency is the future, we...
Read more