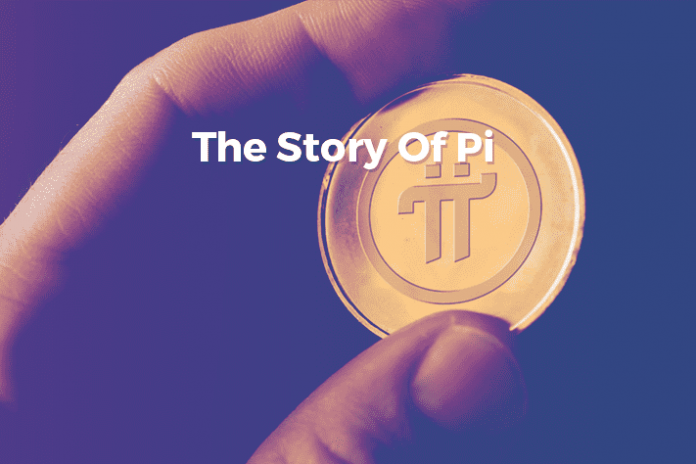 Rarely do cryptocurrency websites refer to anything other than bitcoin. According to experts, the main reasons are two.

The first is that if someone wants to deal with the crypto space, they have to start from there. First, be informed, and then, if he sees that it suits him, invest. Then, if he feels more confident or has learned the basics, he will start exploring the remaining cryptocurrencies. First, we get into a hurry, then we walk and then we run. That’s the right order, at least if we don’t want to eat our faces.

The second is that (almost) all the other cryptocurrencies have a company behind them. They serve someones or a group of people’s personal interests.

In today’s article, we will be dealing with Pi, even though it’s not even… cryptocurrency. How has it spread so much then? Because like all successful myths, in order to achieve their purpose effectively, they contain nuggets of truth.

For anyone who doesn’t know it, Pi is an app that you download to your mobile for free, and as time goes by it gives you money! That sounds nice, doesn’t it? Only the money is in Pi, which you can not redeem in fiat currency. Perhaps one day there will be this possibility. Perhaps. An idea to succeed is not enough to be good, it must be accompanied by a nice story.

If not the first, at least one of the first things we look at in every cryptocurrency is the white paper. Think of it as a business plan. The document was drawn up by the team that created the currency and describes what it is, where it is targeted, why it follows the intended purpose and plans to meet the deadlines and objectives.

The idea is to be something simple, to look like Bitcoin. Without a lot of marketing interventions. To show that it’s being drafted by programmers. Ambiguity is not our friend here and unfortunately, this one is quite vague. It doesn’t even look like there’s a specific limit to currency production.

It’s not Greek. Indeed, one of its founders is the Greek-born Nikolas Kokkalis (apparently a relative to the well-known Greek businessman), but that is as far as Pi’s relationship with the country goes.

3. It’s NOT the University of Stanford

It is not the University of Stanford that is involved in the project, but some of its graduates and professors, such as Kokkalis. Dr. Kokkalis, as he mentions in his CV, has experience in designing social applications that became extremely popular (viral), attracting millions of users.

You don’t mine on your phone. You’re just helping to verify cryptocurrency network transactions. This is a process that simply rewards you while you keep Pi in your wallet or attract other people to the network.

You may tell me, let them say what they want. Pi gives us money right? That’s all that matters.

The code that works is closed. No one knows how it works. People only make assumptions. That’s why a whole lot of myths about the wonders that this pioneering idea, this enlightened project, etc. are spreading.

It’s all out of the imagination of each narrator. We don’t know anything about that. Of course, Windows code is closed and Linux code is open. Doesn’t mean it’s worse. Yes, but it’s not consistent with the philosophy of cryptocurrencies, as long as it deprives you of the right to confirmation. I wonder why?

6. It’s Not Even a Cryprocurrency

This brings us to my next point. It’s not even a cryptocurrency, as there’s no blockchain where it rests.

Your personal data may not be worth anything special and you may be sharing it, but some people pay gold to obtain it. But the bad news is that by inviting a friend of yours, you inform Pi of your relationship with him. But he may not be in the mood to give his data.

However, the investment decisions come through comparing similar products.

Is There a Better Alternative Than Pi with the Same Logic?

It is called Electroneum, which is in position No. 106 on our MarketCap. With Electroneum, you download a free application and as soon as you open it, it begins to reward you with the currency ETN.

Again, all that is required is to open the app daily and press a button to start “mining”.

What Advantage Does Electroneum have over Pi?

And we come to the crucial question. How much do you think they’re giving? I’m the one who’s pressed that ”mining” button almost every day for the past year. Do Do you know how much I’ve collected in a year?

So when the most successful cryptocurrency that has the same logic as Pi, gives you 3 euros a year, what will a whole new one give you?

And even If we assume that it finally succeeds, is it worth your time? Mostly, is it worth handing out your details to strangers?

What I personally find infuriating is that it infuses the wrong mindset. That without effort, time, and knowledge, you can make money.

It is a fact that the cryptocurrency sector offers very great opportunities, but you are not going to discover them in this way!

When our world is going through a massive change...
Read more
Opinion