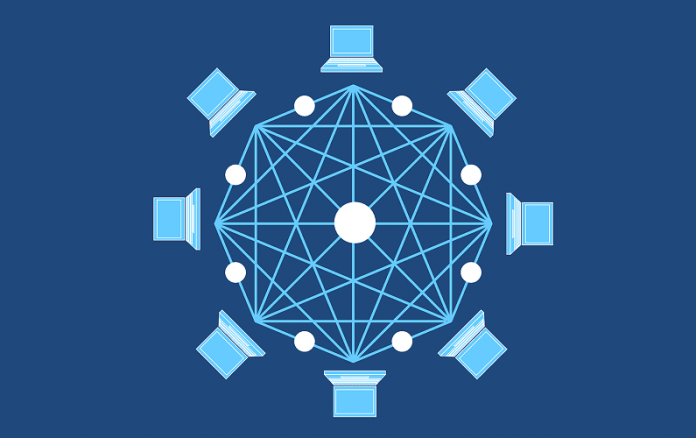 The sharing economy is big business. Platforms like AirBnB, Uber, WeWork, Upwork, and others in the industry have generated over $15 billion in 2015 alone, and the whole industry is predicted to grow as high as $335 billion within the next five years.

While the industry has been pretty much welcomed by everybody, it has one huge problem that needs to be addressed – centralization of power. In the sharing economy industry, one winner takes all the market. “One winner takes all” also means that there are monopoly practices in the sharing economy ecosystem, and these platforms take full advantage of it.

These businesses often take ridiculous amounts of percentage for the fees. Experience hosts in Airbnb don’t like the 20% commission fees they need to give to Airbnb but they don’t have much choice if they want to keep making money. Upwork freelancers also don’t like 10-20% fees that Upwork takes from them every time they find new clients. But, once again, it’s the place where they can find the most work.

Uber also charges two types of fees, a flat fee that varies by market and a variable fee that’s different all over the world. In some locations where Uber is uncontested, the fees might become much higher. And then, we also have WeWork, where the prices for their co-working spaces are often much higher than local competitors by 30-50% more.

For a long time, many people have been asking themselves if there are good alternatives to this lifelong problem with the sharing economy industry. Well, enter the blockchain. The blockchain allows decentralization to happen by cutting out middle-men and converting “the need of trust” into codes.

Unlike AirBnB, Upwork, or Uber, where you need to trust the developers of the platform, the blockchain allows you to review all the smart contracts, without the need to be dependent on any centralized entity for payments and services.

There are some blockchain-based platforms that try to tackle the centralization of the sharing economy industry where they explicitly claim that their decentralized protocols would allow service providers to cut out all the super-high fees and still be able to maximize their profits from the users of the sharing economy.

By having this advantage, the service providers on these decentralized platforms can also charge less to the users and users will be able to find alternatives with lower prices than AirBnB, Uber, Upwork, etc. A win-win solution for everybody.

The Foundation For Decentralized Protocols

There’s a DeFi (decentralized finance) bubble right now. After Compound protocol introduced the concept of yield mining where borrowers and lenders in its platform are incentivized by COMP tokens, the hype around DeFi just blew up. Total Value Locked (TVL) in DeFi has grown to over $1 billion recently. This DeFi bubble has created a financial foundation for other decentralized solutions.

One example of the first DApps on TimeCoinProtocol is eSportStars which is a platform to connect players from all around the world to create tournaments and compete against each other. Some top Japanese teams have even publicly agreed to join eSportStars to attract users.  Not only that, but TimeCoinProtocol also plans to convert its popular TimeTicket platform to use the blockchain and become fully decentralized. TimeTicket already has more than 250K users in Japan alone.

Another example of this type of decentralized economy sharing solution is Origin. Origin Protocol is built on Ethereum and also plans to tackle the high commission fees that are currently plaguing the centralized economy sharing platforms. By making a DApp protocol on top of Ethereum, Origin believes they can help both service providers and users to cut out the middleman and make them transact in a trustless environment.

You can check out the full list of some of the top DeFi protocols available today on Defiprime, a media outlet and analytical service provider that conducts research and lists the best DeFi projects.

By providing a technology alternative to centralized sharing economy platforms, blockchain-based protocols will be able to help both service providers and users to avoid ridiculously high fees in the traditional sharing economy.

These decentralized solutions also help the users to protect their data as there’s no data reselling that would happen in these protocols. They are community managed and fully open source. Everything is much more transparent and trustworthy. The records on the blockchain are also immutable so you can trust the user background check on these decentralized platforms.

At the racetrack, there is a special atmosphere of...
Read more
Community

There are many different predictions and forecasts regarding cryptocurrency’s...
Read more
Community

It’s a fact that there are very few people...
Read more
Community

The world of cryptocurrencies has been gaining momentum over...
Read more