The decision resulted from months of exhaustive discussion and investigation. 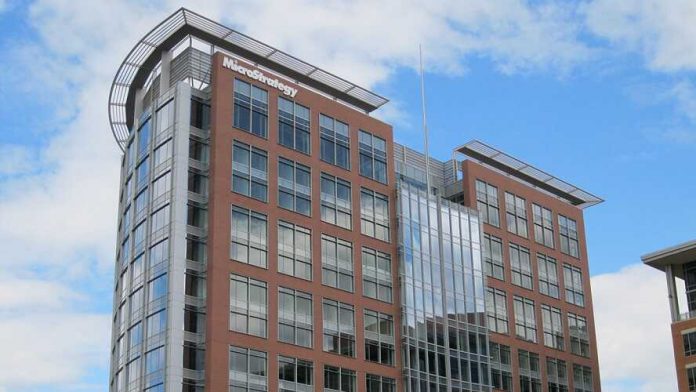 Nasdaq-listed MicroStrategy (MSTR) made the big bang as it announced it was turning all of its $250 million cash into bitcoin!

According to a press announcement, the company in total purchased 21,454 bitcoin in total with an average acquisition price of $11,650.

So,who is this MicroStrategy? Are we dealing with some crazy, ignorant, gamblers? Nope. This is NOT what a successful company with a history of 30 years in predicting technological trends is.

Micorstrategy is considered the largest company operating exclusively in the field of business intelligence, providing software and corporate analysis services.

Its customers include resounding names such as Pepsi and Adidas, while IBM and Oracle are among its competitors. Its capitalization is $1.3 billion and employs 2,250 people. The announcement exploded upwards 15% its share price. From $123/share directly at $142/share.

How This Decision Came About?

Have they been looking at the company’s fund, saw their 250 million sitting down, called the board and decided to make a risky investment decision?

As the press announcement reports, the decision resulted from an exhaustive discussion and investigation of months. As the founder and CEO of MicroStrategy, 55-year-old Michael Saylor, said, the investment reflects their belief that Bitcoin is a reliable means of maintaining value and an attractive investment asset, with great potential for long-term growth.

Saylor further explained that acquiring Bitcoin not only provides compensation against inflation, but the prospect of higher returns than other investments. Leaving no room for misinterpretation, he continued:

So what do we have here? A listed company that decided to acquire Bitcoin as compensation for the risk of upcoming inflation and as an investment vehicle with a very good chance of an excellent course.

Saylor’s beliefs are no different from those of Wall Street legend Paul Tudor Jones. Actually, they’re the same! The only difference between the two distinguished entrepreneurs is that Jones considered it appropriate to place up to 2% of his capital in Bitcoin, while Saylor even put the coins he had in his pocket!

Not a Publicity Stunt

It is clarified that this is not a publicity stunt. MicroStrategy does not belong to the cryptocurrency industry. They didn’t add the word “blockchain” or “crypto” to their name to take advantage of ”trending situations”. They don’t have blockchain-based products. They are simply concerned about the macroeconomic and business environment as it has been shaped by the pandemic and the decisions of the Central Banks.

Saylor’s move will link MicroStrategy’s valuation to bitcoin’s trajectory. If Bitcoin succeeds in the path envisioned by its supporters, it will prove to be genius, not just smart.

MicroStrategy will not be the only company to take such an action. It is certain that more will follow after that. They may not put all their eggs in one basket but they’ll start with a small portion of their cash. The trend may take a while to strengthen, but it is the natural evolution.

The same thing happened with private individuals. They started tentatively by converting a small part of their capital. They then found that the bubble or fraud – as they first thought – was unfounded. They’ve studied more, they learned more and they’ve invested more.

So far Bitcoin has reached a capitalisation of almost 200 billion exclusively from private investors. Very few institutional investors and large companies participated in its rise.

This huge reservoir of wealth is now starting to come into play.

The macroeconomic environment has accelerated developments. Investors are looking for ways to protect their personal wealth as well as their shareholders. Bitcoin has always served as an excellent tool for this purpose.