The “Green” Blockchain That Promises To Disrupt the Crypto Markets 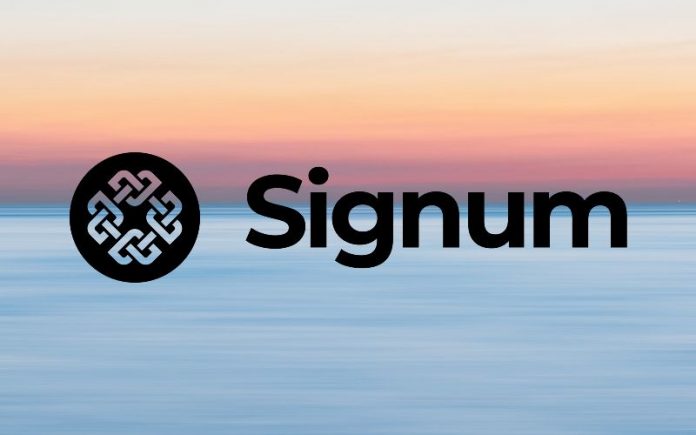 And the name of it is Signum. The “green” and sustainable Blockchain that “promises” to make a real disruption in the cryptocurrency market.

More particularly, Signum supports smart contracts, messaging services, and token creation in a fast and secure way – and, above all, in a sustainable way, as it uses less than 0.002% of Bitcoin’s energy for blockchain and its native cryptocurrency – Signa.

Why Signa Is The Future

It is also used to create tokens, smart contracts, and messaging. All this without the environmental impact of other cryptocurrencies.

In addition to the above, Signa uses the Proof of Commitment (PoC+) protocol.

Unlike Proof of Work (PoW) used by Bitcoin and other currencies, PoC+ uses as much space as is available on the hard drive. Thus, PoC+ offers a new, more efficient way for miners to increase their performance. PoC+ is a greener option, as efficient capacity can be increased without having to buy more equipment.

Capitalizing on the Environment

It seems that Signum’s founders have made clear how they are willing to ”infiltrate” the cryptocurrency markets and this is by capitalizing on environmentally sensitive people.

The 2-minute promo video found on their official website – that looks like a movie trailer – clearly positions Signum blockchain as the savior of the planet from hungry corporations that don’t care about the planet – among them other, supposedly, high energy-consuming blockchains.