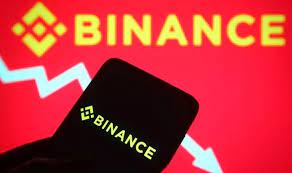 Customers using Binance in the United Kingdom have had their ability to withdraw cash suspended after the ban on the Platform by the Financial Conduct Authority (FCA) on Monday. Binance disabled withdrawals for UK customers using bank cards after previously suspending the ability to make withdrawals directly into bank accounts.

The ban was announced late on Sunday, the crypto trading platform was stopped from carrying out any form of activity in the UK. However, early Monday Binance tweeted from their official Twitter handle that their customers in the UK should not panic.

The suspension of card withdrawals was also followed by a decision by the faster payments network, which rapidly processes money transfers, to suspend Binance payments on Monday night. The FCA ban does not prevent UK Binance customers from buying and selling cryptocurrencies. Digital currencies are currently not regulated in the United Kingdom but the suspension of card and bank payments leaves them with few options to withdraw their crypto funds as fiat cash.

Binance is also expected to warn their UK customers on their website and app that the platform is not allowed to operate in the country. This will cut down the number of potential investors that will join the platform in the future. the payment suspension came on Monday as the FCA said that Binance cannot conduct any “regulated activity” in the UK.

The FCA has also issued a warning about its website Binance.com, and adverts promising high returns on crypto-based investments.

Other Regulators like Japan have also issued a warning to consumers three days ago against using Binance. Authorities in the US and Germany have also expressed concerns over the crypto exchange platform recently.

The UK has also taken previous actions to bring the sector in line, with all UK-based crypto firms having to comply with anti-money laundering and counter-terrorist financing laws and register with the FCA. This is to make sure they operate legally and the order has been there since January 1st.

Based in the Cayman Islands, Binance is the world’s largest crypto exchange, with around 1.1 trillion pounds worth of transactions yearly.