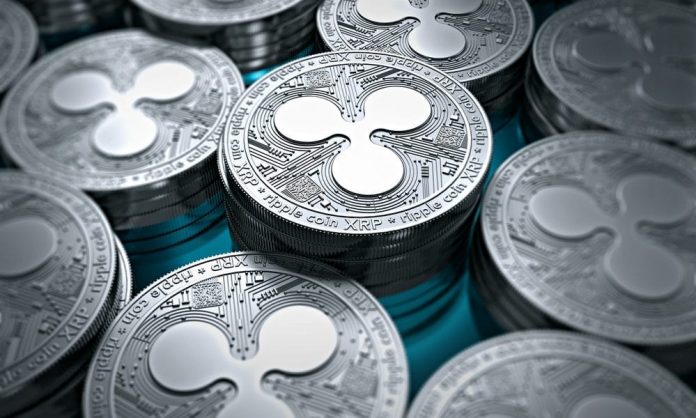 The main factor that will determine the value of XRP in 2021 and the fate of cryptocurrency in general will be the result of a lawsuit initiated by the US Securities and Exchange Commission (SEC), which accuses Ripple of illegal securities trading in the amount of $ 1.3 billion.

At the start of the bull rally, which began in the fall of 2020, XRP ranked third in the cryptocurrency rating and showed excellent growth potential, like the rest of the TOP coins.

The Ripple company was accused by the regulator of an unregistered sale of securities under the guise of XRP tokens in the amount of $ 1.3 billion.

It cannot be said that this was a complete surprise because the SEC announced its plans for Ripple long before the lawsuit was filed. However, after this news, the XRP rate collapsed by 65% ​​in a short time, the price at the moment was $ 0.17:

Ripple also lost its third place in the Crypto Market Capitalizations, which it held firmly over the years:

In addition, XRP’s dominance in the market has dropped significantly:

Shortly after the start of the lawsuit, many major exchanges stopped supporting XRP.

The next blow to Ripple was the severance of cooperation with one of its key partners – payment provider MoneyGram, to which Ripple paid large quarterly royalties for the development of the market.

In 2020, their amount was $ 38 million. But after a preliminary hearing in the case, which took place on February 22, the management of MoneyGram announced its refusal to use products based on XRP tokens.

The official reason is “regulatory uncertainty due to a dispute with the SEC”. However, in the situation of legal and reputational risks that MoneyGram received, it could hardly have been otherwise.

After all, due to the situation with Ripple, MoneyGram itself was involved in a lawsuit. Its investors, who purchased the company’s securities between June 17, 2019 and February 22, 2021, filed a class action claim that MoneyGram did not warn them about the possibility of recognizing the XRP token as an unregistered security.

Of course, given the above, the outlook for Ripple in 2021 looks bad. But does this mean that XRP will finally cede the market to its competitors like Stellar (XLM)? It is too early to talk about this for a number of reasons:

Now it is difficult to give an accurate forecast of the coin rate for 2021. The events in the market after the December drop testify to the resilience of Ripple even in the face of pressure from the regulator.

According to the latest information, Ripple and the SEC could not agree on a pre-trial settlement of the case, as a result of which the prospects for cryptocurrency remain uncertain.

On the other hand, the trial can drag on for years. It is difficult to say which side the court will eventually take. Ripple has good legal backing and strong arguments in its defense. But it is possible that political expediency may eventually prevail.

However, in the long term for 2021, especially if the company is able to resolve the dispute with the SEC, it is quite possible to expect the price to return to the resistance of $0.7, and if it breaks through, it will rise to $1 and above.

The inception of blockchain as a solution to secure...
Opinion

In the midst of the cryptocurrency crash, SafeMoon hasn’t proven itself to be so safe

The SafeMoon cryptocurrency may not have the brand name...
Opinion

Elon Musk, who has been manipulating the cryptocurrency market...
Opinion

The new generation of investors has ''blurred'' the boundaries...