What On Earth Are NFTs? An Explanation Of The New Cryptocurrency Craze

A Non-fungible token (NFT) is a digital intellectual property certificate stored within the blockchain. Artists Nyan Cat, Grimes, and Kings of Leon have shown interest. 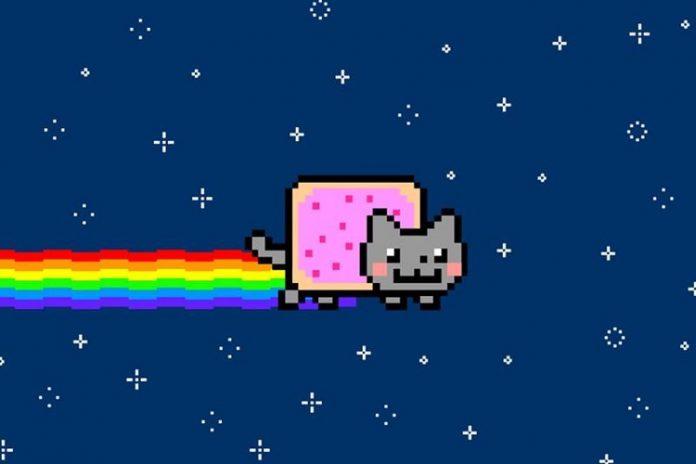 Every day that dawns, a new cryptocurrency appears. In recent weeks, NFTs have made their appearance in the news.

Grimes made $6 million in 20 minutes, selling something you don’t understand, and GIF Yan Cat has a new owner?

If you feel like everyone knows about these NFTs except you, you probably have questions. Bitnewsbot is here for you

What is an NFT?

The NFT is an abbreviation for something called Non-Fungible Token. If you have an intimacy with the English language the term indicates that we are talking about mushrooms (Fungi), the fungi anyway. But no… is a cryptocurrency term.

I know what you may think…

Yes, blockchains, and all that weird stuff. A non-fungible token is like a cryptocurrency. In practice, it is a digital copyright certificate, which is stored within the blockchain.

That is, the owner of an NFT owns the rights to an asset and proof of ownership.

Are NFTs something new?

I know how you feel. One day no one knew about them and suddenly they’re everywhere.

It’s five months of quarantine, I don’t blame you. NFTs do seem to have come out of nowhere, but they have been around for several years. Lately, we’ve seen them on the news because of Nyan Cat and Kings of Leon.

What’s wrong with The Nyan Cat?

The Nyan Cat soon turns ten and its creator Chris Torres decided to celebrate by entering the world of NFT.

Torres put up for auction a signed, revamped version of the well-known GIF on the Foundation platform, a digital art auction platform that works with cryptocurrencies. The GIF was eventually sold for 300 Ethereum corresponding to about 362,000 euros. (Yikes!)

What about the Kings of Leon?

Kings of Leon in turn released their first album in 2016 on March 5. It’s available on the YellowHeart platform, in a package that includes a vinyl record as well as the digital version of the songs for $50.

Then there will be an auction of six gold tickets offering privileged seats at all future Kings of Leon concerts.

If the rights are bought by someone Will I Be able to send the GIF of Nyan Cat, or listen to the new album of Kings of Leon?

Yes, you won’t have a problem. Those who make the purchases receive a unique copy. So you can send The Nyan Cat GIFs freely as well as listen to Kings of Leon music on any streaming platform you want.

So how long have NFTs been there?

Their first extended use was in 2017 with the game CryptoKitties, in which users could sell and buy digital kittens with Ethereum.

So besides digital cats what else can I buy with NFTs?

NFTs are used for artwork, video games, and other collectibles. Art, in particular, has found itself at the center of the debate with digital artist Beeple (Mike Winkelmann) raising $6.6 million for his work “Crossroads.”

Christie’s has its first NFT auction with yet another work by Beeple, “Everyday: The First 5000 Days” on March 11.

How do I get these NFTs?

Um, first of all, don’t do it because of us. If you’re looking to sell NFT like some artwork you created, Kapwing, who specializes in editing images and videos, has a complete guide.

If you’re in the market to get one, you can just go to a well-known platform like OpenSea and Rarible.

Binance is a cryptocurrency site that provides traders with...
Read more
Community

The global supply chain industry is estimated to be...
Read more
Community

Top 5 Blockchain Use Cases in Banking and Finance Sector

One tech that comes to mind whenever there’s an...
Read more
Community

Bitcoin vs. Dogecoin: What to Invest in?

In the context of the current economic instability, both...
Read more