This analyst's forecasts had "seen" the cryptocurrency soar above $28,000 two years ago. The rally in price, the importance of FOMO and a personal appreciation. 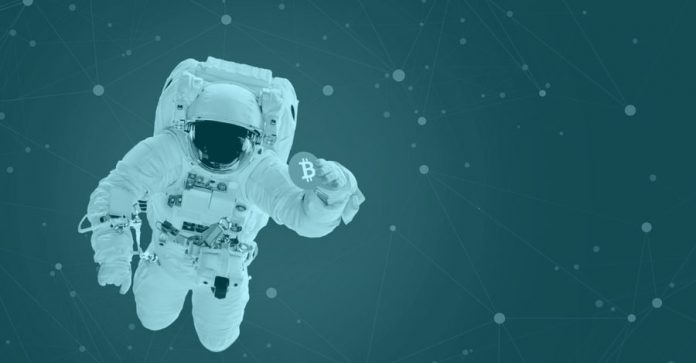 Bitcoin hasn’t just taken off. Its orbit has escaped the shackles of Earth’s gravity as it exceeded $40,000.

The turning point was when bitcoin surpassed the $20,000 mark. In less than 20 days, it has almost doubled its value, as shown in the following 4-hour chart.

Regardless of what one thinks about bitcoin, one cannot help but admit that one has achieved a unique feat. In just 12 years, out of nothing, it has surpassed $700 billion in marketcap.

Some, like Roubini, stubbornly insist on comparing it to tulips. The phenomenon of the rise in the price of tulips lasted a few years and reached extreme exacerbation phenomena 3-4 months.

And all this at a time when developments were hopelessly slow. People didn’t even understand the concept of progress. They were born, they lived, they died, without seeing the slightest change around them.

Here we have a phenomenon that takes place in the age of speed, information, the Internet. Which on its 12th birthday doesn’t show the slightest mood of saturation, let alone collapse. On the contrary, now the world begins and learns its special characteristics, which make it so precious.

The Winner of All Predictions

Max Keiser was one of bitcoin’s well-known supporters who correctly predicted the price at which it would close in 2020.

The famous, both controversial, financial analyst had said two years ago that the price would close at $28,000 this year. Lucky guess or capable analyst?

Without excluding the favor of luck, we cannot overlook that Max was one of the few who had predicted that bitcoin would play a leading role since the distant 2011.

Either way, his view of the year he entered can only be interesting. Max Keiser predicts that bitcoin’s capitalization will reach 4 trillion (just under half the value of the total amount of gold). This means one bitcoin will be worth $220,000 before the end of 2021.

From what he claims, from one point on, the FOMO (Fear of missing out) of the institutions will work in support.

Usually, the fear of losing opportunity and the emotional weight of investment decisions has been identified with private, immature investors. But now it’s the turn of the institutions to worry.

Just 900 coins come out every day. Who’s going to get it first?

Exchanges have been draining bitcoin lately. Over the past 30 days, more than 100,000 coins have been withdrawn, according to viewbase.

It is certain these coins are withdrawn by institutional investors, with a recent resounding example of One River buying $600 million worth of coins.

Withdrawing from exchanges to personal wallets is the most important indication that their owners do not intend to sell them – at least not any time soon.

The main reason Max makes this assessment is nothing more than the expansionary monetary policy of the Central Banks, which leads institutions and individuals to direct their funds to some “hard” money.

Hard money that cannot be increased by a political decision and to protect themselves from governments eroding the purchasing power of their banknotes. Unlike state money, where infinite money can be created, bitcoin has a finite production limit.

Should we give weight to Max Keiser’s prediction? It’s hard to argue. If anything has taught us in 2020 in terms of the future, it is the difficulty of predicting it.

Lately, we have been experiencing one of the most chaotic and uncertain environments that have emerged in decades.

Still, Keiser’s perspective has a basis. The price of gold makes sense to rise (Keiser predicts to exceed $3,000), but bitcoin even more.

READ ALSO: The 5 Critical Predictions on Bitcoin Investors Need To Know for 2021

He can, of course, be wrong. No one possesses the crystal ball that reads the future.

Personally, I became so actively involved in the cryptocurrency industry when I realized that bitcoin is the greatest opportunity I have come across as an investor.

Not only as a participant in international stock markets for two decades but also on the basis of what I have read in economic history. An opportunity that comes once in a lifetime.

For the first time, I couldn’t think of an asset without something being able to reverse its course. An investment value favored by all scenarios! So far these estimates have been verified, but as is quite rightly said, past returns do not guarantee future ones.

However, if there is one thing we are sure of, it is that the pace of developments will continue to be high. 2021 arrives with a strange speed, carrying along with the difficulties it inherited from the past year, an exciting sense of potential.