History proves that the only thing that is not imprisoned is not limited to the freedom of ingenuity. 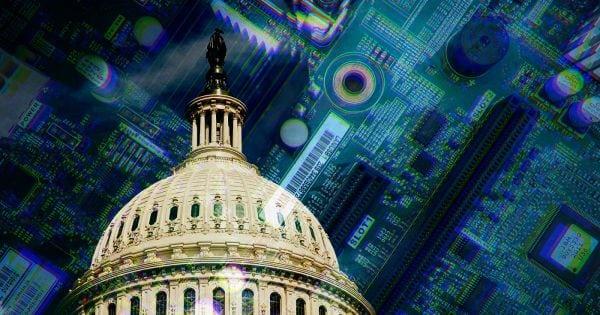 According to the American Institute for Economic Research the U.S. – and other governments internationally – are looking for ways to control cryptocurrencies.

US Treasury Secretary Janet Yellen is concerned as the “abuse” of cryptocurrencies grows and claims they are mainly used “for illegal financing” by illegal groups.

Yellen cautioned, saying “I think we really need to look at ways in which we can limit their use and ensure that money laundering does not take place through these channels.”

Yellen’s interest in limiting cryptocurrencies proves that the US government’s targeting of the cryptocurrency’s so far unregulated monetary system has not faded.

In other parts of the world, total or some restrictions have recently been placed on the use of Bitcoin and cryptocurrencies as a whole.

Bolivia has also tried to impose a total ban on Bitcoin, while other countries are planning many restrictions.

A total or partial ban, the truth is that cryptocurrencies are the currency of freedom and nothing can stop human ingenuity to use something as a means of transaction, wealth storage or any way they please.

In July 2020, the popular video app TikTok announced it would suspend its activities in Hong Kong after China enforced a new security law.

Three days of panic ensued in Hong Kong over the use of the platform, until the app was finally removed from mobile… but smart consumers quickly found solutions to continue using TikTok.

They made use of virtual private networks (VPNs), which gave Hong Kong’s young people foreign IP addresses so they could use the app within Hong Kong’s borders (in the same way that people bypassed China’s Great Firewall).

They also started using SIM cards outside Hong Kong and so continued to use TikTok.

A total or partial ban, the truth is that #cryptocurrencies are the currency of #freedom and nothing can stop human ingenuity to use something as a means of transaction, #wealth storage, or any way they please.
Click to Tweet

The failure of the war on drugs is evident internationally because even today some people are transporting drugs illegally.

The use not only of drugs but also of weapons or mobile phones and other restricted items in prisons is evidence of both human ingenuity and the weakness of the state.

In Brazil prisons they use… Cats.

The stories are many but the ingenuity went as far as cats. Prisoners held in prisons in Brazil train cats to smuggle tools to escape from prisons.

Officers said the cats were walking in and out of jail on New Year’s Eve 2012, but by their odd walk, security guards arrested them and found “two saws, two cement drills, a memory card, a mobile phone, three batteries, and a mobile phone charger” strapped to their bodies.

Surprisingly, this also happened in Russia – a cat was used to smuggle mobile phones and chargers into a prison.

Cats were also recruited to prisons in Sri Lanka, which, after being ”arrested”, was released because… well… its a cat.

The case of East Germany

A similar situation to Bitcoin is the example of the East German mark and the black market that appeared around the currency in a divided Germany.

Officially known as Mark der DDR – the currency of the German Democratic Republic – the currency of East Germany could be exchanged for West German banknotes at a rate of 5: 1 through official channels (and up to 20: 1 on the black market).

The German Democratic Republic has strictly banned the import of other currencies, fearing the creation of a parallel currency.

Such efforts were futile.

The East Germans who wanted to acquire the powerful mark of West Germany found ways to acquire it.

By 1979, up to a quarter of East Germans had received money from their friends and relatives in West Germany and held the West German mark.

The idea that #governments will even try to #ban the development or use of both a sophisticated and virtual currency [#bitcoin] is beyond ridiculous but also impossible. #btc #crypto
Click to Tweet

The same can be said for those who attempt to stigmatize Bitcoin and other cryptocurrencies as tools of criminal activity.

Throughout history, governments are identifying emerging threats to their dominance and seek to eliminate them through harsh bans and regulations, so strict that they bring opposite results.

But historically the tougher the limitations are so reflexively created in human nature to seek new and innovative solutions to overcome obstacles.

History proves that the only thing that is not imprisoned is not limited to the freedom of ingenuity.