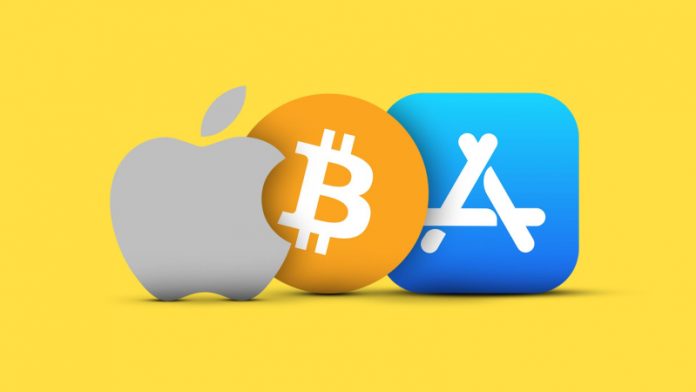 Over the last few hours, social media have been heating up with the rumor that Apple is going to announce that they have gotten back into the Bitcoin market with a recent purchase of the cryptocurrency.

Some crypto enthusiasts are excited over the news while some are skeptical at the same time. This is because of Apple’s history with Bitcoin. When Tesla announced its Bitcoin acquisition in February, the currency immediately rose by 20 percent on the same day. Some enthusiasts are speculating that if apple makes the announcement there is going to be a similar trend.

Among the top Twitter accounts pushing the rumor include: Joshuwa Roomsburg, CEO of Chainlink has dropped hints of the potential rumor stating that he will purchase a new iPhone to commemorate Apple’s Bitcoin purchase. He tweets, “I won’t use it, I’ll just keep it as a souvenir for when BTC started its climb to 100k. imagine what alts will do.

The rumors came to life when apple posted jobs related to cryptocurrency in May. It highlighted the fact that the company still has an interest in Bitcoin. However, with the exception of the recent hiring, Apple has not made any affirmative moves toward cryptocurrency so far.

In 2019, VP of Apple Pay, Jennifer Bailey said that cryptocurrencies are interesting and they are watching them with keen interest.