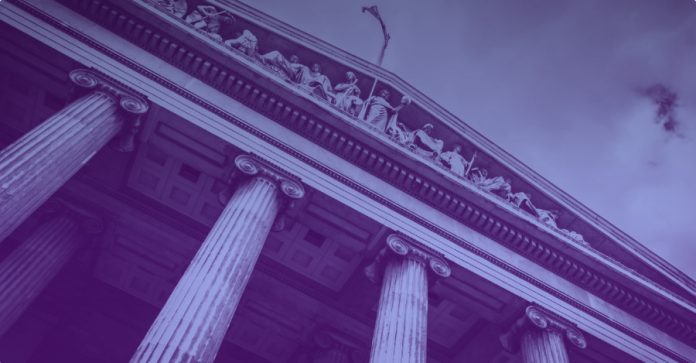 LONDON—A UK court today ordered a hacker, who carried out attacks on more than 100 firms, to pay back victims using cryptocurrency. The problem? The bitcoin, which was worth more than $2 million two years ago when the crimes were committed, is now worth half that.

The unusual case is yet another ruling that could bolster bitcoin’s legal standing as an asset class.

Police say Grant West, 27, from Kent in southeast England, operated on the dark web under the pseudonym Courvoisier, and specialized in phishing attacks on a number of companies including Uber and the UK supermarket chain, Sainsbury’s.

West was arrested in September 2017 and accused of securing the financial details of tens of thousands of customers. Police say he sold the data, and converted the profits to cryptocurrencies.

He received a 10-year jail sentence in May for charges including conspiracy to defraud, and criminal possession.

Crown Court judge Joanna Korner ruled today that the state was entitled to confiscate West’s cryptocurrency and that he must obey the confiscation order or face an extra four years in prison.

However, the holdings have decreased by nearly half during the past two years, according to Reuters, and prosecutors are finding it difficult to assess the true value of restitution.

The value of the seized assets was eventually calculated by authorities on Friday at a rate of about £8,500 a bitcoin, with reference to the Proceeds of Crime Act, according to the UK’s Guardian paper.

Prosecuting counsel, Kevin Barry, told the court, “As the court recognizes today, as do the parties, there is likely to be fluctuation which will require in due course for the order to be amended upwards or downwards.”

Thus far, British law says that Bitcoin is “data,” not property, meaning that you can’t claim it back if someone’s stolen it. But earlier this week, in an interim judgement on a cryptocurrency hacking case, the UK High Court ruled that bitcoin is “property,” potentially making it easier for victims to claim restitution.