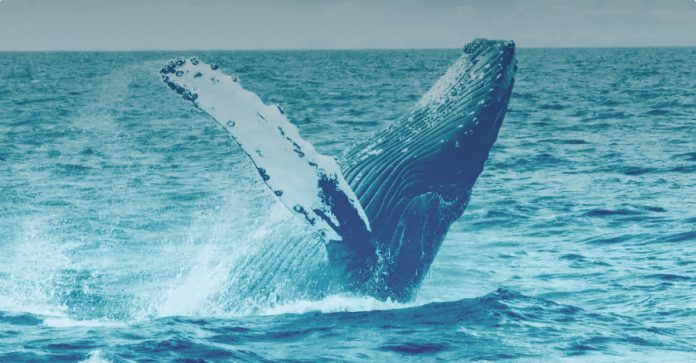 At midday yesterday, whales moved around 77,000 BTC—worth a whopping $780 million —into three unknown wallets. To put that into perspective, that’s around 0.43% of all circulating supply.

Needless to say, speculation about the big moves is raging across the twittersphere. Some pundits believe the transactions are related to the alleged Chinese Ponzi scheme PlusToken— which was accused of scamming users out of $3 billion. The idea here is that bad guys are liquidating their ill-gotten gains.  Others say these moves are likely made by the usual suspects— whales— just ahead of what all the chart watchers absolutely swear will be a breakout. That’s right: The market is ready to go way up! Or maybe it’ll go way down. Then again, maybe it’s nothing more than exchanges moving things around.

The news initially came from https://whale-alert.io/, a website that puts out alerts on its Twitter feed whenever someone makes a sizeable transaction between wallets.

@Kemkem, a keen whale watcher, claims that the Ripple address belongs to the masterminds behind the PlusToken Ponzi scheme, which is quickly dumping hundreds of millions of stolen funds on the market. Indeed, a search for the address brings up Chinese language forums encouraging users to donate to the token. So who knows?

But anyone waggling a finger at PlusToken really ought to hold off for now. Earlier this week, Whale Alert picked up another huge transaction, of  97,750,354 VERI worth some $774 million). Turns out it likely wasn’t anything interesting: The Whale Alert twitter account said that the coin, Veritaseum,  is a low-volume coin. VeritaseItsum’s market cap currently hovers around $15 million. “It is likely that the devs moved or unlocked the locked supply of the coin (total supply 100,000,000),” tweeted Whale Alert.