TheStandard.io launches with the aim of creating an alternative to retail banking 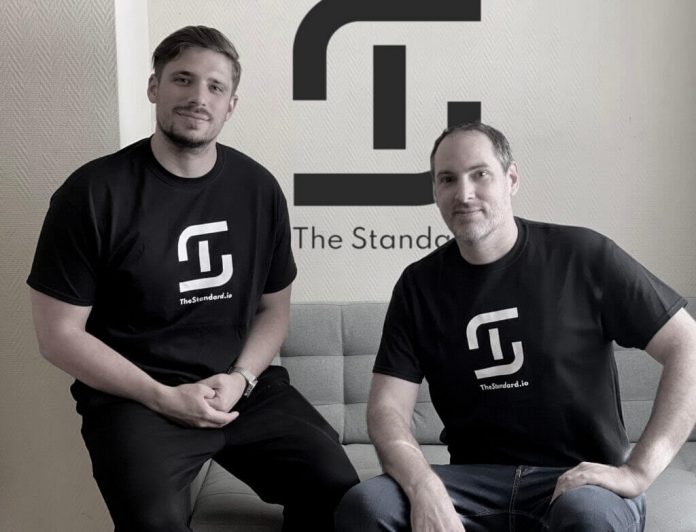 The executive team, which made Vaultoro successful, announces their new project – a DeFi lending protocol using gold and crypto to generate the first algorithmic Euro stablecoin.

June 24, 2021, TheStandard.io, a new Defi infrastructure project which aims to provide a bridge between traditional physical investments and digital assets has been announced.

Co-Founded by Joshua Scigala, of Vaultoro, and Laurin Bylica, formerly block.one, TheStandard.io is a new Ethereum protocol that will allow users to generate a variety of fiat pegged stable cryptocurrencies backed by physical and digital assets.

The Standard will first launch the Standard Euro stablecoin, created for peer-to-peer transactions without volatility risk or financial intermediaries.

While fiat currencies are governed by central banks behind closed doors, the issuance of stable cryptocurrencies is governed by an open and decentralized community of Standard Token holders, the protocol’s native governance token.

Inflation is a huge issue around the world, with US inflation at around 5%, and many other countries seeing their currencies quickly weaken on the international currency market. For many ordinary people it means their fiat savings are losing their value over time.

It is no surprise that savers are flocking to hard assets like gold bullion, with around $10.4 trillion worth of gold currently sitting in vaulting facilities around the world storing value and gathering dust.

TheStandard.io solves both issues. First, it makes inflation beneficial for savers, as loans effectively become cheaper to pay back. Second, it issues liquidity to asset holders without selling the assets.

Users of participating vaulting facilities simply lock up their digital and physical assets in a smart contract which acts as collateral against loans that users can generate without any intermediaries.

The Standard Co-Founder and former CEO of Vaultoro Joshua Scigala said, “We don’t need to wait for governments to create a gold standard, we are building a protocol that lets you create your own – a private Gold Standard 2.0. We are confident that TheStandard.io can fundamentally change how people save and use their assets and money.”

His Co-Founder Laurin Bylica added, “TheStandard.io is more than a lending platform. It will create a new and fairer alternative to retail banking, ultimately enabling anyone to save in rare assets and spend in fiat without selling their savings. Retail banking will have a new competitor, we call it decentralized asset-backed banking.

TheStandard.io is a DeFi infrastructure protocol enabling users to generate stable cryptocurrencies by utilizing asset-backed loans without intermediaries. The protocol focuses on physical and crypto-assets as collateral and will be entirely managed by the community of Standard Token holders, called the Standard DAO.

The project is backed by a partner network of precious metals dealers like Vaultoro, the world’s first bitcoin and gold bullion exchange operating since 2015.

DAI at 1xBit: New stablecoin available for depositing and withdrawal

Ticket2lambo: Where Your Coin is Also a Lottery Ticket

Ticket2Lambo is a brand new lottery project, based on...
Press Releases

FXT Token joins the Bull Run as its Price Increases by 1,500%