How technology advances in the financial sector through blockchain and cryptocurrencies. The lessons of the GameStop case and the decentralized exchanges. 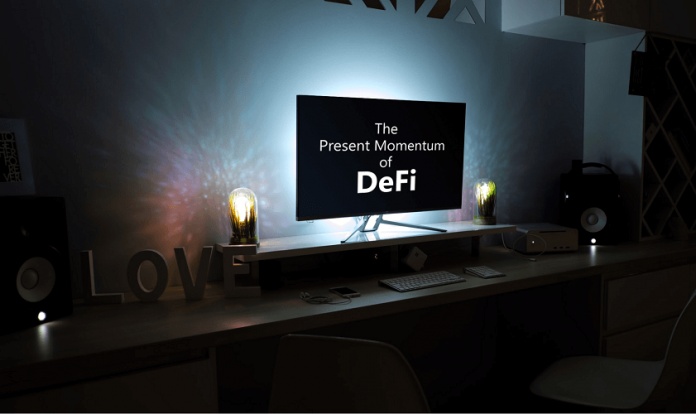 The new generation of investors has ”blurred” the boundaries between institutional “smart money” and “dumb money” of small investors.

Much of the demand in the GameStop saga was created through options.

This shows that today’s investors are more informed and more educated than many think. The proof is that they won the day for both Bitcoin and Tesla. Choices that were mocked by the majority of Wall Street executives.

The clash of ordinary people with hedge funds in the trenches of GameStop has been of historical importance for many reasons.

For the first time, private small investors have found a way not only to defend themselves but also to attack. How?. By turning themselves into a large collaborative fund.

However, that is not enough. Hedge funds won’t be unsuspecting next time. They’re cold hitters, they have a lot of money, they adapt quickly. They can’t be defeated on Wall Street. It’s their territory, their space.

So what’s left for small investors? They need tο change the way the race is conducted.

How? By placing their bets with cryptocurrencies.

This is the spirit that is beginning to occupy space among the rebellious small investors of r/WallStreetBets.

When Robinhood restricted transactions for thousands of users, no one imagined that the ”Aeolos bag” would open. No one, except crypto people and especially DeFi, immediately realized that there was a huge opportunity to exploit dissatisfaction with traditional stock markets.

Decentralized applications have the potential to gather millions of people and of course enable them to coordinate. They can’t be obstructed! No one can turn off Bitcoin. No one can stop decentralized trade.

#DEX can’t be obstructed. No one can turn off #Bitcoin. No one can stop decentralized trade 💪 #gamestop #wallstreebets #crypto #defi #decentralization #trading
Click to Tweet

Why, you may ask?

Because in decentralized exchanges such as Uniswap, there is no possibility of anyone intervening. This is pure, unadulterated capitalism. Prices are determined solely by supply and demand.

Without any government or banking or any other interference. There is not even a central authority, such as a stock exchange that links trading orders to each other. This means that no one, but no one, can prevent transactions from being executed.

A brokerage has the ability to refuse to execute an order, just as a bank can prevent you from accessing your money.

In Greece, the application of capital controls has dispelled any room for doubt about this possibility.

In Cyprus, even worse. They didn’t just freeze their deposits, they grabbed them to save the banks. This does not mean that the authorities did so out of malice or interest or that their motives were not pure. It doesn’t matter. What matters is how it happened, because they could do it. A political decision was enough to start the execution.

☝️ Always Remember: A brokerage has the ability to refuse to execute an order, just as a bank can prevent you from accessing your money. #gamestop #wallstreebets #crypto #defi #decentralization #trading
Click to Tweet

The Evolution of DEX

Decentralized exchanges have just closed their best month in terms of trading volume, with over $63 billion, according to Dune analytics data.

In January alone they exceeded half of the total volume carried out throughout 2020. The total value locked in the protocols (TVL) is $33 billion. By comparison, it is like having assets under management (AUM) in traditional banking. Uniswap is currently worth $6 billion, having processed a $30 billion trading volume in January.

A new digital financial system has been created from scratch to serve users from all over the world, without discrimination. A system where no one can use it to harm someone else.

No one will have too much advantage. It is fair, the embodiment of the ethos on the Internet, that digital citizens have known and loved.

And that’s possible thanks to Bitcoin and Ethereum and the apps built on them. All that remains is for the inhabitants of the great global digital village to be informed of their properties.

Traditional institutions dominated the game because – until now – there was no alternative. However, if their behavior displeases their customers, they will not survive.

DeFi doesn’t favor whoever has the most money or the best connections. It rewards the smartest, the bravest. Those who make the right assessment in time and show proficiency in the skills required in the new digital world. Those who have the conviction and determination to act sooner.

It doesn’t matter how much the funds are. If you’re right, you win. If you’re wrong, you lose. Market manipulation is much more difficult.

DeFi protocols are spreading more and more effectively throughout the functions of traditional financial institutions. Like the Internet protocols we take for granted today (TCP/IP, HTTP), DeFi protocols are not subject to specific jurisdiction. They are available everywhere (easily accessible) and do not have a natural “home” (difficult to stop). It’s a lethal combination, in a subversive technology.

Mike Novogratz, CEO of Galaxy Digital, one of the largest funds investing in cryptocurrencies, revealed which DeFi applications he believes will replace the current banking model.

He made it clear, of course, that this is a risky investment, but if it turns out to be right, they will perform much more than other cryptocurrencies.

There is still a lot of work to be done to implement this vision, but DeFi protocols are on the right track. It is not unlikely at all to see these protocols to surpass traditional financial institutions.

They are not bound by borders, they will have competitive prices and transparency. The democratization of the economy in practice. Advantages that will help them expand much faster than many imagine.

Will DeFi have a single protocol, as has happened in e-mail and on the Internet? That’s probably the most difficult question. It is unclear how many protocols will stand out with different properties, or whether a single one will occur, bringing all the functions together.

Is it possible that everything's going to be so...
Read more
Opinion

When our world is going through a massive change...
Read more