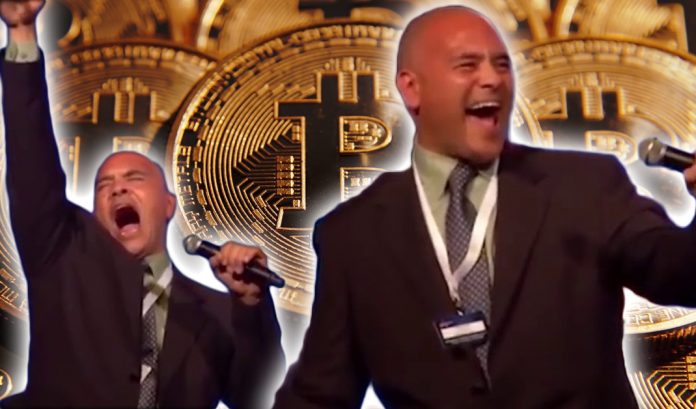 Views, thoughts, and opinions expressed in this article belong solely to the author, and not necessarily to the author’s employer, organization, committee, or other group or individual.

Since the cryptocurrencies came around just over a decade ago, the crypto market has created lots of opportunity and wealth for many.

The beneficiaries are mostly the individuals that were the first ones to join a project before it gained popularity, and its net value grew tremendously, leaving the early investors with bags of money.

Then there is trading digital assets that are highly lucrative thanks to huge volatility within the market daily. Growing awareness of digital assets and the financial opportunities they offer within the masses has seen more people jump on the crypto bandwagon.

The problem is, twelve years since crypto came around, the market isn’t well regulated, and this has opened doors for malicious individuals to take advantage of unsuspecting investors.

Between 2017 and 2019, investors lost over $7 billion in crypto scams. And despite the exposure and arrest of many perpetrators, these scams keep growing since only a tiny fraction of the instigators are ever put behind bars.

Those that evade authorities move on to other scams. One popular way a scammer will reinvent themselves to continue running the scam is by rebranding.

Take the example of SWIG International LTD, run by Andrei Khovratov, which had to change its name to NEEW “New Economic Evolution of the World” back in 2019 to continue selling CryptoUnit (CRU) tokens after people became aware the former company was a scam.

Holders of CRU received messages in personal accounts informing them of the name change with strict instructions that prohibited them from using the former names associated with the company. Failure to that, they would have their accounts permanently suspended without a chance of getting restored.

Tokens With No Real Value

CRU is pushed to investors as a security token through an STO. Despite plans of launching the STO officially several years ago, it has never been done officially. Still, affiliate websites of the company show the token has actively been sold up to date.

There is no way to access this token on crypto exchanges as a standard legit token should be; thus, the only way you get your hands on the token is by receiving an invitation from an already existing member. Once you accept the invitation and register a new account, you will be rewarded with 150 CRU tokens.

Accounts can be registered without verifying your identity, which raises a lot of questions.

If you are wondering what the purpose of these tokens is, they help you access a global portfolio of investments in different segments of the economy. Khovratov as the good guy he is, uses his companies to educate investors about financial freedom and creating wealth.

If you visit the NEEW website, you will find plenty of offered courses, all based on financial literacy and access to exclusive groups of the enlightened ones. These courses should help you gain financial freedom and create massive wealth. But they don’t come cheaply and, interestingly, can only be accessed using CRU tokens.

As mentioned above, you don’t just join this platform, but you have to receive an invitation from someone already a member. The person that invites you will get a commission on you and all the members you invite, and the cycle repeats itself.

Interestingly, even though the money raised is used to invest in a global portfolio consisting of various segments, the exact industries invested in are unknown, and Khovratov prefers it that way.

He is believed to have raised over $124 million, where he single-handedly controls how the money is spent. Mostly on marketing campaigns and company events to recruit new members for his MLM Ponzi scheme, where the money collected from new investors is used to pay the old ones.

The decision to rebrand SWIG to NEEW was taken after the company came under scrutiny from New Zealand authorities. Now Khovratov is believed to be taking his STO scam to the US market, and investors should be very careful.

Other companies associated with him include the Academy of Private Investment LTD, UK SWTU LTD, BAZALTINVEST LTD, Crowd West Capital, and Genius of Wealth LTD. All registered under the same address in the UK.