DAO.Casino Blockchain Announces The Launch of its TestNet 2.0 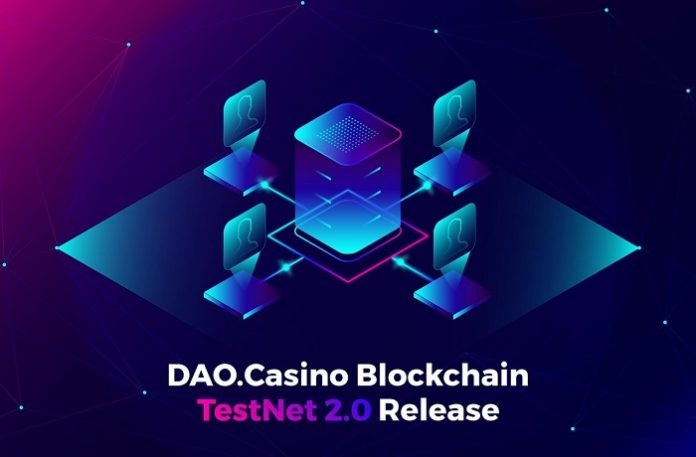 DAO.Casino Blockchain, a blockchain startup that aims to revolutionize the gambling industry, announces the release of its Test Net 2.0.

With this new update, anyone can take part actively in the testing of the DAO.Casino Blockchain by being either a Delegator or a Validator. Accounts can be created, test tokens can be deposited/staked against the resources of Blockchain, and votes can be cast for nodes of Validator by users.

An opportunity is granted by TestNet 2.0 to become a node of Validator and participate in the process of block production while earning rewards of test token. All these features have been involved for allowing users to get to know the concepts of Blockchain better and be ready for the launch of its MainNet.

A significant number of optimizations have been included in TestNet 2.0 compared to the previous version asm TestNet 1.0, which is aimed at improving not only the performance but also the functionality of the Blockchain. Below are the new features which have been added in the latest release:

Considering the predicted interest in this new release, detailed guides are being released by the project regarding how to carry out the process of testing. 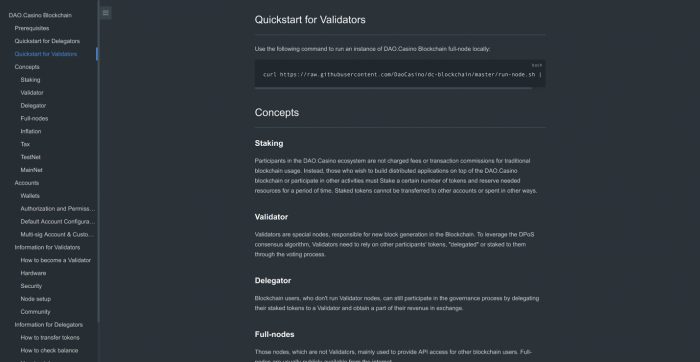 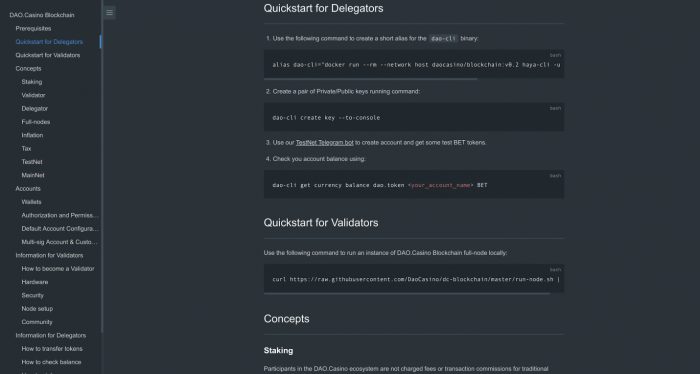 Being a part of the Blockchain is actually simpler than most of the users believe.

The following are some easy steps which individuals can follow to be a part of this disruptive game-changer:

Following this step will enable individuals to get a bird’s-eye view of the vision. It will also help them understand why DAO.Casino Blockchain is seen as the future of the gambling industry.

3) Lastly, individuals that want more detailed information about the role of the Validator and the advantages they hold should do the following:

4) Interest individuals should keep it in mind that users must possess a minimum of 0.2 percent BET from the supply for starting. Here are some markets available for use.

The development process is continued by DAO.Casino and the team are consistently working hard on the implementation of new features into the existing system. TestNet 2.0’s release will create a way for the expected Main Launch and the deployment of Blockchain with its optimized features and functionality, which is sure to be a significant revolution in the industry of gaming.