Bithumb Global Will Award USDT To LCMS Holders and Traders 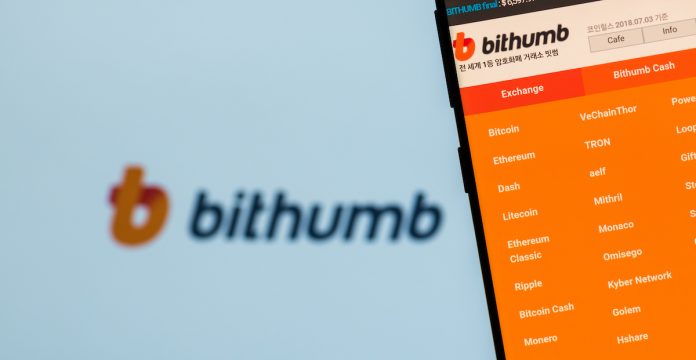 To inaugurate the listing of LCMS on Bithumb Global, the exchange is holding a “Deposit & Trading LCMS, WIN 20,000 USDT !” event where KYC2 verified users can participate and win USDT (Tether).

As per the guidelines defined by Bithumb Global, users can participate in the event by either depositing or trading LCMS.

Upon depositing 2,000 LCMS, a user will be awarded 5 USDT whereas all the other users trading LCMS will be ranked according to their cumulative net trading volumes and then monetary rewarded accordingly.

Users ranked at the top will be rewarded 3,000 USDT whereas the second and third rankings will be receiving 2,000 USDT and 1,500 USDT. Similarly, depending on the rankings, the top 500 ranked users will be rewarded with various shares of USDT respectively by Bithumb Global.

With the advent of bitcoin, a new field of decentralized blockchain technology initiated and several new innovative horizons were created. Since then, one way or another, blockchain has been deployed in several domains to solve problems.

A fine use case of blockchain involves tackling problems and alleviating processes in the healthcare sector, an industry generating over $2,600 billion in revenue in the US.

Previously, the WHO (World Health Organization), had identified the lack of access to health care services and products for about half of the world’s population.

This shows that although the healthcare industry is quite gigantic, it’s not sufficiently big enough to serve the entire population of the world.

Therefore, to work on the aforementioned gap, LCMS platform was founded in 2014. Comprising of LCMS Coin and LCM Science, the platform allows users to communicate with each other on a blockchain platform about healthcare products and share related information in an efficient manner.

All the participants on the platform are incentivized for sharing their know-how on various products, services and ideas via LCMS Coins.

In addition to the users, raw material suppliers in the platform are also given value in terms of LCMS Coins for sharing records about the sourcing materials they’ve used.

By weighing the practical usability of users, LCMS aims to become a consumer-oriented blockchain-based distribution platform. Roughly, Nearly nine out of ten people find reviews extremely utilitarian before buying a product from the market.

That’s why the platform’s operating mechanism revolves around emphasizing customer reviews and feedback.

Besides providing the blockchain-powered platform to encourage transparency about products and manufacturing material used to create products, LCMS has designed its coin economy to handle the financials of social projects.

At the moment, LCMS allows users to donate or participate in a project they feel fit by purchasing the LCMS coin. Like donors, LCMS Coin holders may also contribute to a project by donating a portion of their LCMS holdings.

All the contributions by donors or holders will later be used in public interest problems and coins will be incinerated in order to fund the projects.

A total of 1 billion LCMS Coins will be issued and, in the beginning, the price of 1 LCMS Coin will be equivalent to $0.09.