Bitcoin: Bubble or digital gold at a bargain price? 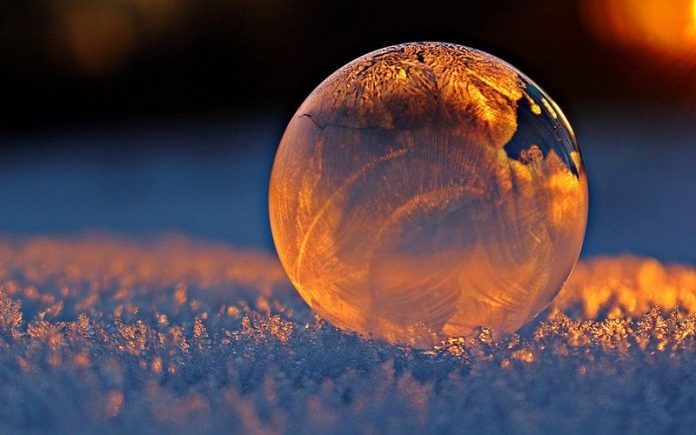 Satoshi is probably smiling today. It was January 3, 2009, when Satoshi Nakamoto created the block containing the first 50 bitcoins. The code of the first block contained a message: The front page of the Times of London, which said a second bailout package for the banks would be needed. It was the period when the bursting of the mortgage bubble had led to an unprecedented financial crisis.

Yesterday, 7 May 2020, another British newspaper, the Financial Times, headlined the Central Bank of England’s assessment that Britain, due to the pandemic, is heading for its worst recession since 1709! At the same time, bitcoin exceeded $10,000.

Bitcoin, once again, has emerged as a leader in international markets. It has surpassed the performance of gold, the only asset with a positive return in the midst of a pandemic. All equity indices, of all countries, are in negative territory. So are real estate. Even health care companies are among the losers.

Anyone who considers bitcoin’s success a juncture, he underestimates that stock markets are the most competitive space that has existed and will probably exist. They compete globally, strong minds, highly educated people, successful with deep pockets, institutional with enormous power. If there was a problem with bitcoin, they would have found it for years.

Bitcoin’s route may so far offer steep ups and downs, but the main direction is one. And it’s ascendant. It is a common feature of early-stage technologies, the enthusiasm to alternate with the denial of excessive expectations. What is certain is that if there was no interest, the bitcoin experiment would already be in the bin.

Some people call it a bubble. How can something be considered a bubble when it went up in 2011, 2013, 2017? Bubbles don’t do what bitcoin does. They don’t fall and go up again. The bubbles go away because people lose hope, they get frustrated. Because the weaknesses came to light. Investors at the end of the route realized they had excessive expectations that were disproved.

It’s barely the opposite in bitcoin. As time goes on, more and more people are discovering astounding that the truth is different from what they thought. That they haven’t been explained properly. Bitcoin is an antidote to the irresponsibility of banking policies and unpredictable economic conditions.

Bitcoin is an antidote to the irresponsibility of banking policies and unpredictable economic conditions. #banks #retweet #bitcoin #btc #crypto
Click to Tweet

Most people take it negatively because they don’t bother to understand it. They perceive it as useless to anyone who doesn’t understand how it works. Just like they didn’t understand the Internet before. They couldn’t suspect the impact it would have on their lives, on their daily lives. Ignorance ends when research and study begins. When you pull the curtain that prevents you from seeing in true knowledge, you will never again become one of many.

Theories and opinions can be overturned. The experiments, never. Without experimental evidence, without continuous research and verification, economics is more reminiscent of theology after equations than physical chemistry. And we don’t want that. At least not when it comes to putting our money in. Anyone can have what they want. Interpret them in his own subjective way. However, the odds cannot be disputed.