The Ambiguity Behind Tax Regulations for Bitcoin

Are Bitcoin gains taxable? Unlike FIAT, Bitcoin is not printed on paper and generated through computational processes such as mining. The process occurs on a distributed network which uses open source computational formula, producing bitcoins.

One can buy (or mine bitcoin) by cash or via a credit card. Bitcoin, like FIAT currency, has real-life implementations where the owner of such assets can buy services and goods that can be purchased through Bitcoins.

Bitcoin has been giving a considerable amount of return over the years. Due to the amount which comes with its returns, it evidently has caught the attention of many investors.

Some users, in essence, like to avoid Government intrusion, which is why they resort to Bitcoins which eventually helps them evade taxes. But there are owners, who’d voluntarily comply with the regulations of IRS.

The IRS is classifying the crypto assets as properties which are essentially true. But buying BTC is not taxable as of yet. Exchanges such as Coinbase provides transaction history to its customers.

There might be conflicting contents out there pertaining to taxes. But you are required to report losses and gains on each of the transactions that are taking place, even when the loss/gain aren’t material.

Even though an exchange doesn’t send you tax forms and to IRS, they (IRS) will still hold you responsible for accounting all transactions and income. But certain customers who meet the mandated requisites receive IRS Form 1099-K.

Are Bitcoin gains taxable? Regulations in the US and Non-US countries.

Around the globe, the relevant tax authorities have put in the effort to form regulations on Bitcoin. The US IRS or Internal Revenue Service along with its counterparts from the other nations are likely on the same page when it comes to treating Bitcoin regulations.

With IRS stating that Bitcoin should be treated as assets or as intangible properties and not like FIAT currency, paved ways for regulatory instances. It is also to be noted that it is not issued by any central authority of banks of the concerned country. But its treatment as an asset made its tax implications very clear.

For the United States Bitcoin has now been listed on exchanges and paired, as well, with the United States dollar. The US federal reserve has acknowledged the importance of Bitcoin as it surely has been growing and garnering attention throughout the years. They also announced that BTC oriented transactions can no longer be considered illegal.

At the very onset, Bitcoin’s credibility was associated with its unregulated nature and where users could dodge taxations which ensued a blind spot for tax evaders. The virtual aspect of Bitcoin and its global attribution made it hard for the authorities to keep track of it, especially with cross-country exchanges.

Check Also: How The Hell Are Cryptocurrency Holders Supposed To File Their Taxes?

But if you are a non-united states investor, the tax regulations are treated accordingly depending on the investor country. For people looking for tax, legalities should get in touch with relevant advisors.

For US taxpayers, the transactional history, loss, gains, payments, and income pertaining to crypto are reportable. The tax applies here, for IRS recognized Crypto asserts as property but is exempted from real estate regulations. IRS has made this constrictions and failure to comply with such regulations incur penalties.

There are few things that can help you determine and understand whether you need to pay the taxes for crypto. Evaluation should be the first steps which help the users determine the taxes they owe.

Following are the type of transactions which falls under BTC taxation regulations:

Selling of Bitcoin mined or otherwise.

Selling the same or bought from someone or third parties

Using the Bitcoin owned, either through third-party purchase or by mining, to avail services or buying goods.

Scenarios that entail personal resource usage and selling BTC to someone for cash or to avail services or goods are also falling under the same regulation.

The value that is received by giving up the Bitcoins are taxed as business or personal income after the deduction of expenses if incurred during the process of mining.

Such expenses include the electricity cost or hardware capital invested for the process of mining.

So, if you are being able to mine around ten Bitcoins while selling them for about $250 each, you’d have to report the cumulative income i.e. $2500 as a part of your taxable income.

As for other instances, if you have bought Bitcoins for 200$ each and one of them were given up in exchange for a good with an equivalent price tag or for $300, the investor will automatically have a gain of 100$ over that one Bitcoin.

This attracts capital gains tax for the 100-dollar profit received for that one Bitcoin, short term or otherwise. This tax is equal to that of an income tax for that individual if only the Bitcoins were held for a period of less than one year before they were exchanged or sold.

In the US, the long-term capital gain rates for tax vary 0% for people having ordinary income tax threshold (10% to 15%) and 20 per cent for those who are in the 39.6 per cent bracket. Thus, individuals will be paying taxes at a much lesser rate than that of the income tax rate, in case they are holding the Bitcoin for more than one year.

However, the taxation on BTC and the reporting of the same comes with its fair share of complexities. To begin with, it gets very difficult to asses the fair value of BTC since the prices are volatile and there can possibly be surges in one trading day.

But the IRS encourages maintenance of consistency while reporting; if one is using that day’s high price, then the same should be applied for sales. The Traders who frequent the exchanges can adopt FIFO (first in, first out) or LIFO (last in, last out) techniques to account and reduce the taxation obligations. 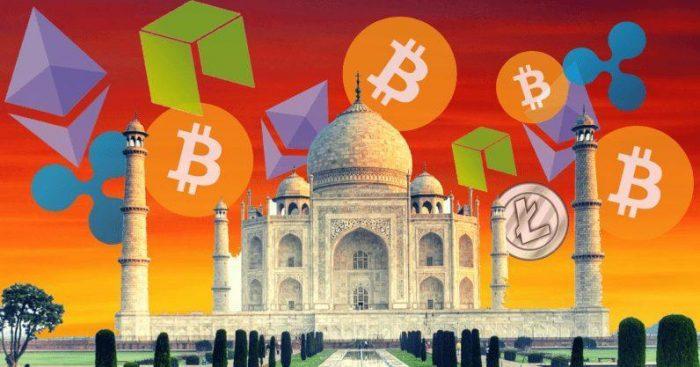 The government here is yet to establish taxation regulations on Bitcoin given its nascent recognition in the Indian market. However, tax exemption can’t be ruled out entirely since the Indian laws pertaining to income has always referred to income irrespective of its receiving form. Thus, there can be a number of possible scenarios which would depend on the circumstances which are as follows.

It also doesn’t fall under section 55 of the income-tax act,1961 which has specifically defined the cost of acquisition pertaining to specific self-generated assets. Thus, the computation for capital gain structure fails.

So, there won’t be any capital gain tax slapped against mining of Bitcoin. This will be the scene unless the government comes up with amendments to update section 55 of the act.

On the contrary, Bitcoin might not be conceived as viable capital assets which would mean that capital gains won’t be applied at all. But they can still be taxed based on the Bitcoin value under the label of it coming as income from varied sources.

Long term gains would likely be taxed at a flat rate of twenty per cent while the short-term gain would incur taxation at an individual slab rate. After giving a benefit of indexation, the determination of the cost of acquisition for long term gain will be assessed accordingly.

The income that arises out of Bitcoin trading exchange activities would be giving rise to income from the businesses and the subsequent profits arising out of such businesses would have to pay taxes at an individual slab rate.

Bitcoins being held for its considerations on sale of services or goods.

Bitcoin, when received, will be treated at par with that of the receipt of money. It would likely constitute income in the respective hands of the recipients.

Furthermore, since the recipient has received this bit of income from a profession or business, they would be subject to normal taxation under gains or profits from the concerned business or profession.

There seems to be a lack of clarity to when it comes to the disclosure requirement of BTC in the income tax form.

Arun Jaitley, when asked, has stated that recommendations are in order and worked at but as of yet, it is not considered as illegal. Considering the polarization that Bitcoin might be bringing in, the Indian government will likely dispel the resounding ambiguity when it comes to the legalities of Bitcoin.

Even though this rule takes Bitcoin as a primary example, it is to be noted that the same applies to other cryptocurrencies.

For the Bitcoin enthusiast, they should have an established record system which would essentially track transactions and also to keep track of what you dispose or acquire. Also, identify the method for your cost basis along with the exchange rates. It is also to be noted that an incomplete record is equivalent to no records.

The casual enthusiast should consider using wallets that have implemented mitigation tools for risks and for trading, selling and buying of Bitcoins securely. There are few tools that might be handy in handling the transactions of Bitcoin users such as LibraTax, BitcoinTaxe, and PayByCoin add-on.

Bitcoin is holding the helms of being the future of cryptocurrency or digital currency in general. So, that being said, the regulations are likely to find moderations and changes running continually.

With a background in finance and a passion for writing, she has made her passion her profession. Her endless desire to learn new things developed her interest in Blockchain Technology and the Crypto world. She enjoys writing and learning in the process as she believes there is no end to gaining knowledge. She likes to unwind by watching online series or reading when she is not working.

If you are looking to Buy VPN...
Read more
Blog

Bitcoin travel is a reality, as several...
Read more