Who is and who isn’t working on a state-backed digital currency? 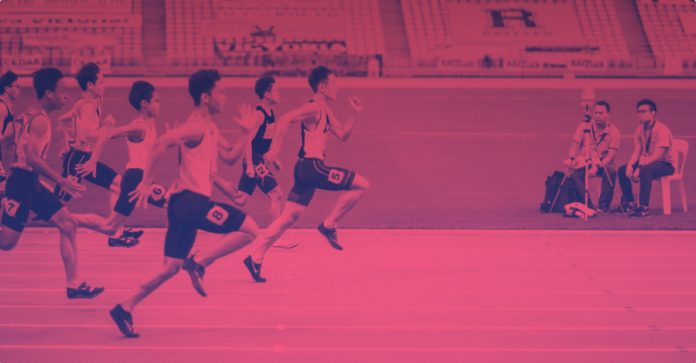 China is pushing full steam ahead with its state-backed digital currency. But while it may be the first of the major economies to launch its own crypto, it’s unlikely to be the last.

Russia, Iran and the U.K. have all revealed that they’re studying the option intently. Countries around the world are beginning to view a central bank digital currency as a viable alternative to cryptocurrency, a global counterbalance to the dominance of the U.S. dollar and a long-overdue step into a more efficient, digital world.

Meanwhile, the U.S.—proud issuer and possessor of the dollar, the most stable and highly traded currency on the planet—is strangely quiet on the issue. What gives?

Here’s a quick lowdown on the progress made in state-backed currencies, starting with some of the world’s major economies.

China is thought to have been mulling over a digital currency, backed by the People’s Bank of China, since at least early 2018. But many believe that it was the arrival of Facebook’s Libra coin that persuaded China to play its hand.

A Forbes report on Tuesday suggested that China’s crypto could be launched as early as November and will be distributed among the population by leading Chinese banks. Its goal is reportedly to replace cash, not the money in existing bank accounts, which is already digital.

Iran has held the prospect of a national cryptocurrency over the world like an axe since February 2018.

But fresh details about its plans for a gold-backed cryptocurrency indicate that it will be mined by a small consortium of private Iranian tech companies. Shahab Javanmardi, CEO of FANAP, an Iranian IT firm, also said that the new crypto will utilize Iran’s supplies of cheap electricity to “ease optimal use of Iranian banks’ frozen resources.” In other words, U.S.-sanctions busting is a major incentive.

Russia’s plans for its own crypto are currently purely under consideration—or so it says.

But bullish claims by Russian President Vladimir Putin suggest that, as Russia’s dollar assets decrease as a result of U.S. sanctions, “the world will look for alternative savings and transaction methods.”

The bottom line is that Russia is unlikely to reveal any aces it’s holding until it’s too late for its foes to do anything about its plans.

The Bank of England published its first working paper exploring state-backed cryptocurrencies in May, 2018. But, while it laid out three possible models, the bulk of the research was devoted to the risks in all three approaches.

Since then, despite warm words about digital currencies by the Bank’s Governor, Mark Carney, little concrete progress has been made.

Most of the rest of the world, but not the U.S.

The lucrative idea of a digital currency of their own has attracted the attention of countries from the tiny Republic of the Marshall Islands to oil-rich United Arab Emirates and Saudi Arabia.

In fact, according to a report issued at the start of the year by the Bank for International Settlements—which comprises 60 of the world’s central banks—as many as 70 percent of financial authorities worldwide are researching digital currency backed by a state bank.

Tunisia, Senegal and, famously, Venezuela have already launched their own versions. Some countries, such as the UAE, Saudi Arabia, Thailand and Singapore have piloted a digital currency, and look poised to soon launch the real deal. Meanwhile, some central banks have explicitly made it known that they will not be moving forward in exploring a state-backed digital currency.

Among these is the U.S. central bank. The Federal Reserve supposedly wants no part in a national cryptocurrency. At least that was its position in December 2018, when officials claimed that state-backed digital currencies were too prone to price volatility, and vulnerable to hacks and money laundering, to provide a viable store of value.

Instead, the institution has recently revealed plans to create a central bank-led nationwide payment system, FedNow, in the United States. The idea is to make it faster and more efficient, and potentially superior to Bitcoin and other cryptos in terms of performance. But the idea has been slammed by experts, including the Bitcoin-friendly former congressman and presidential candidate Ron Paul.

Proponents argue that, aside from the potential to improve on the transparency and efficiency of paper currencies, a national crypto could also give the Fed access to unconventional tools, like negative interest rates.

And a recent study by a Washington D.C.-based policy institute, the Foundation for the Defense of Democracies, has warned that a national digital currency issued by a nation such as China, Russia or Iran—particularly one tied to a major commodity, such as oil—may make any sanctions much harder to enforce. Washington, it said, needs to “cultivate the expertise and influence to lead in what is becoming an international crypto race.”

These views are echoed by influential policy makers such as Christine LaGarde, former IMF chief and current head of the European Central Bank, and Tobias Adrian, the influential head of the markets division at the IMF. Both have urged central banks to fully explore the option.

However, Adrian (among others) has warned that, while a government-backed digital currency offers potential, it would also complicate monetary policies because central banks would have to manage and monitor cash reserves. Creating a token economy also holds the threat that it may disintermediate commercial banks.

So, while electronic money has increasingly offered many advantages for financial management and inclusion, it’s clear that, for now, the Fed is sitting this one out.