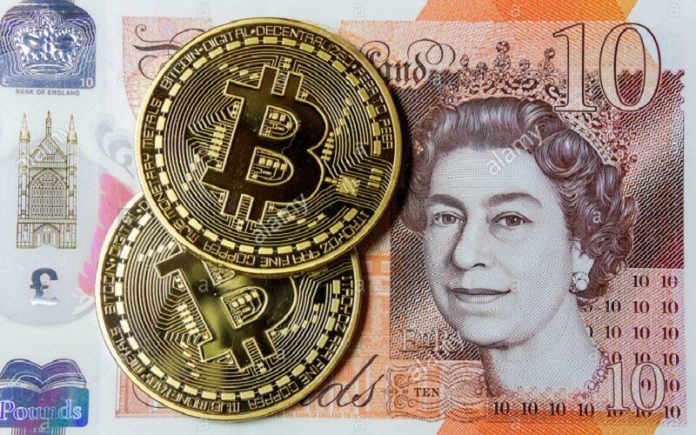 According to Financial Times, On Monday (Apr 19), British finance minister Rishi Sunak directed the Bank of England to examine the argument for a new “Britcoin,” or central bank-backed digital money, intended to address some of the issues raised by cryptocurrencies like bitcoin.

A digital form of sterling supported by the Bank of England will theoretically enable companies and customers to maintain accounts directly with the bank and avoid intermediaries while making purchases, fundamentally altering the position of lenders in the financial system.

“We’re establishing a new special task force between the Treasury and the Bank of England to organize exploratory work on a possible central bank digital currency (CBDC),” Sunak announced at a finance sector conference.

Soon after, Sunak responded to the finance ministry’s statement of the taskforce with the single term “Britcoin.”

Other central banks are also considering whether to create digital copies of their own currencies, effectively expanding access to central bank funds that are currently available only to commercial banks. This might result in faster domestic and international payments and a reduction in financial stability threats.

China is the front-runner in terms of establishing a CBDC. The European Central Bank announced last week that it was investigating an electronic type of cash to supplement banknotes and coins, but that any launch will be many years away.

The Bank of England stated that a digital form of sterling would not be a substitute for actual currency or current bank accounts.

“The Government and Bank of England have not yet decided whether to implement a CBDC in the UK, and will consult closely with stakeholders on the advantages, costs, and practicalities,” the BoE said.

Governor Andrew Bailey of the Bank of England recently said that bitcoin, the most well-known cryptocurrency, lacks both a secure store of value and a reliable method of exchange, rendering it unsuitable for use as a currency and a volatile investment for investors.

Central banks have studied Facebook’s plans to create its own digital currency.

Despite this, mainstream financial firms are showing increasing interest in cryptocurrencies, with bitcoin reaching a record peak of nearly US$65,000 on Apr 14, up tenfold in less than a year.

After December 31, when the United Kingdom left the European Union, the financial industry has faced limits on servicing EU clients.

Sunak recommended eliminating EU-imposed limits, such as who may exchange shares in London and the double volume limit.

“The consultation mechanism seeks to produce a rulebook that is equitable, results-driven, and promotes competition, while still ensuring the UK achieves the highest regulatory quality,” Sunak stated.

Additionally, Britain will propose amendments to firms’ share prospectuses to guarantee that the laws are “not too burdensome,” Sunak added.