The Shocking Reason Why the U.S. Wants to Stop Facebook’s Libra 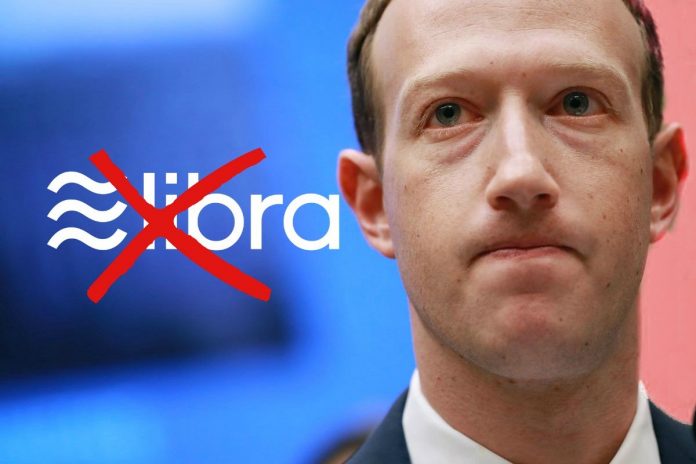 If you haven’t heard about Libra yet, you must be living under a rock. The recently announced digital currency from Facebook has been in the news everywhere. The recently unveiled coin, which is held stable by backing it with other currencies and debt obligations, might cause significant changes in the financial system as we know it. Now, it might be stopped to a halt.

Yesterday, the US House of Representatives send a letter to Mark Zuckerberg and his associates. In the letter, they call for Facebook to put the development of Libra to a halt.

The letter, which was sent by the House’s Committee on Financial Services, amongst other things states:

“…it is imperative that Facebook and its partners immediately cease implementation plans until regulators and Congress have an opportunity to examine these issues and take action. During this moratorium, we intend to hold public hearings on the risks and benefits of concurrency-based activities and explore legislative solutions. Failure to cease implementation (of Libra) before we can do so, risks a new Swiss-based financial system that is too big to fail.”

So why are lawmakers trying to stop Libra?

To understand why lawmakers should be investigating Libra, we should first understand Libra itself.

Libra is a simple idea, with great consequences if successful. It might change the face of money as we know it.

Money has, until the rise of decentralized cryptocurrencies, been an instrument of the state and central banks. Never before had a company decided to just start issuing money of their own. Until now.

Libra is issued by Facebook, in cooperation with many other large global corporations, such as VISA, Mastercard and Uber. It is a coin that can be bought for any regular currency. The more stable currencies ‘back’ Libra: they are held in bank accounts to ensure the value of Libra does not fluctuate too much.

In other words, you can sell Libra back and receive its exchange value (which, should be similar to the amount of money you bought the Libra for). Meanwhile, the Libra’s value should become very stable, as many different currencies are used to buy it.

Anyone in the world would be able to store their Libra on their phone or an online wallet, and use it instantly from anywhere. You will be able to send Libra to your friends via whatsapp and messenger and use it in stores. Those in the third world without a bank will suddenly have access to a financial system to store money for a rainy day (or, a hot day).

With billions of people that don’t have banks, but increasingly get phones and internet, this is a huge opportunity. Don’t forget that Facebook is increasingly the one providing them with internet (for free).

The obvious answer would be that facebook is a known troublemaker. They don’t respect people’s privacy. Cambridge Analytica was a disaster, and yes, it might have had a significant impact on the election of Trump.

But that’s not actually what the U.S. are most concerned with.

If Libra is successful, it would make Facebook (or better said, the underlying Swiss Association of all involved companies) incredibly powerful.

There’s an aspect to Libra that many overlook. Libra is in competition with the US dollar. There are two incredibly important aspects to this:

If Libra is successful, it makes sense for countries to hold Libra in its reserves. Indeed, Libra would compete with the US dollar.

Currently, the way the U.S. dollar functions as the world’s reserve-currency is as follows: Foreign governments usually don’t choose to hold dollars directly. Instead, they buy U.S. Treasuries (which is U.S. debt). This is incredibly important for the U.S., as it helps the government fund its budget. A total of $16 trillion of such U.S. Treasuries is outstanding. This is about 4 times the total amount of cash that’s circulating. And foreign governments hold about 39% of this debt.

Myles Milston describes this all far better than I ever could. The takeaways are this:

If foreign governments decide to hold Libra instead of buying U.S. Treasuries, the U.S. is in for a long night.

Now, if you paid attention, you might say: “but Libra is planning to use the money they receive from users to buy debt from governments! They could use their money to buy U.S. Treasuries!”.

You’d be right. They could. They could buy debt from governments and ease their budgets. However, the Libra Association is free to spend the money it receives in any way it wants. So it could also, you know, not buy U.S. Treasuries and not even hold U.S. dollars.

In other words, if Libra is wildly successful, it would get insane bargaining power against governments across the world. It might cause a shift in macroeconomics as we know it.

Let’s say Libra would be out to displace the US dollar as the global reserve currency. Libra could potentially negotiate with other governments as follows: “We will buy your debt as collateral for Libra, if you hold Libra as a reserve currency instead of dollars or U.S. Treasuries.”

This would be a great proposal for a smaller government. They we be assured that (1) they would be putting their money into something that’s very stable (2) their money would meanwhile be used to buy their owned debt, which eases their budget and ensures they can lend more money while paying less interest and that (3) they will not get hurt by (probable) inflation of the US dollar.

Of course, you don’t know for sure if the U.S. would be forced to start printing more money to fix its budget. But in terms of game theory, the dominant strategy would be to agree with the proposal.

Alternatively, the Libra Association might also negotiate to obtain unfair benefits in certain countries against their competitors. They could buy a state’s debt in return for required licenses, resources or other rights.

Note that I am not saying they will do so. I am saying it is a possibility.

If what I described here plays out, Libra might cause a substantial disruption in the way money works. It might have insane consequences for the U.S. dollar or macro-economic policy in general. It might even make the corporations in the Libra association too big to fail, all while not even being regulated!

Even when you leave aside that Libra will get insane amounts of insanely valuable financial data, and even when you ignore Facebook’s issues with privacy in the past, it makes sense for politicians and regulators to start asking questions.

Sure, lawmakers asked for Facebook to stop development of Libra completely. However, this is just rhetoric. They can’t actually stop Libra by asking them to ‘cease and desist’. However, they can make some really onerous legislation if Facebook doesn’t work with them.

So why is the U.S. trying to stop Libra?

They aren’t really. Lawmakers are just doing their jobs.

Is it possible that everything's going to be so...
Opinion

Similar to other implementations of blockchain technology, DeFi also...