The 8 Most Important Cryptocurrency Metrics to Look For

The 8 Most Important Cryptocurrency Metrics to Look For Determining good cryptocurrency metrics means searching beyond market cap or yearly profit stats. Let’s see what to look for to distinguish between a solid working currency and a fake one like el Petro or Onecoin.

How can you measure a coin’s market cap in U.S. dollars if the dollar is losing value? Everything in the world loses value over time, except for good wine and Cuban cigars. Let’s leave the old ways of measuring in the past. Here’s a checklist of the eight most important cryptocurrency metrics that will determine the likelihood of a project having long-term success.

Imagine reading an article that proclaims some new coin can do 100,000 transactions per second. According to those authors’ tps claims, the implication is that their cryptocurrency will “kill bitcoin” and conquer its place. Bitcoin can only handle seven per second.

They forget to mention that the level of node decentralization is important, not just the transaction capacity of the network. That’s why bitcoin can’t process 50,000 tps, as it needs all the nodes to be simultaneously synchronized. Bitcoin has a large network of nodes and small blocks so it can’t allow for huge transaction volumes per block.

Bitcoin possesses a network of roughly 10,000 nodes, per CoinBillboard, and that’s only the visible part of the iceberg. That is only the nodes that openly announce their existence. Other bitcoin nodes are hidden in the Darknet: 60,000-70,000 of them according to A. Antonopoulos. There could be even more with some estimates seeing roughly 100,000 hidden nodes.

Dash has only 5,035 masternodes. This means that it is much easier to perform attacks on this coin than on bitcoin. However, until all the node owners are spotted in real life, a complete stop of Dash is highly unlikely to happen. This cryptocurrency has even survived DDOS attacks in the past.

The authors of long-term altcoins appreciate full-node owners and seek all possible ways to attract more people. It doesn’t even matter which network those nodes support. If you just set them working it is considered a huge accomplishment.

How many nodes are there in the Ethereum network? If you just search Google it shows you an estimate of 25,000. But the very first result links to an article dated March 31st, 2017.

Sure, back in March 2017 bitcoin may have had only 7,000 visible nodes. And here’s the actual number of Ethereum network nodes: 8,150. Looks like many of the old supporters switched to another chain during the bear run. Compared to other cryptocurrencies, the number of bitcoin nodes never drops in such a dramatic way.

What’s the impact of decentralization?

The best cryptographers in the world have chosen to work on the bitcoin protocol in their spare time. There are hundreds of talented developers around the project, 20 active devs, and five key devs (high sorcerers), with one main developer with Overlord access. You can find the same structure around any healthy altcoin.

The main developers must have clean reputations, although their biographies may contain episodes of breaking the law (just to raise their profile). Developers must deliver useful updates time after time, enhancing privacy and security.

Don’t forget that there’s a need for an opposition to the main developers. There are groups like Ethereum Classic founders, or Bitcoin Cash founders, who serve as a reductive power and provide roadmaps for alternative implementations of the protocol’s key features.

3 – The Problem That the Coin Solves

What unique features does an altcoin explore to solve big problems? For instance, xThin technology was developed by BU devs for one of their 2016 releases. This feature is useful because it allows people to write more transactions into one bitcoin block.

Interestingly, Core claimed that the tech was a scam, but then they adopted the code under the name ‘Compact Blocks’ and have included it in a Bitcoin Core release.

Consider zk-Snarks technology, which allows Zcash (and will allow Ethereum) to anonymize trails with transaction details being hidden. This level of anonymity is unseen even in bitcoin, which is great. Here’s an article by Vitalik Buterin about this protocol.

Some coins play on a difference of possibilities to attract a new audience. So, in Bitcoin Cash there’s huge blocks, the possibility to write images to the blockchain (cryptograffiti.info), zero-fee transactions (BitPay), alternative protocols (xThin, Avalanche instant confirmations), trading with big profits, and so on.

If you want to see the list of thousands of projects which solve absolutely nothing, please visit badbitcoin.org. There’s a large database of all the crypto scam projects in the Badlist. If you have your own crypto project, you can add it to the Safe list as well.

4 – The Number of Daily Crypto Transactions

If a cryptocurrency has no traction, then it slowly dies. To observe the number of transactions made on a network, visit sites such as:

Just compare, for example, the current price of ZEC and ETC and this transaction activity chart:

Looks like despite the colossal price gap between them, the Ethereum Classic network confirmed many more payments than Zcash. Comparing your other favorite coins may give you some unexpected results that will help you with your cryptocurrency metrics analysis.

5 – The Number of Non-Empty Wallets

This metric should constantly grow. If the number of such wallets grows slower than 175,000 per year, the cryptocurrency may not be as active as it pretends to be. Look at the MFCoin stats a year-and-a-half in:

Not bad, but not perfect.

The hashrate is a metric that shows the sum of the computational power of all the computers and ASIC-chips connected to the network. The bigger the hashrate, the smaller the chance that you will be the one who finds the next block. The current bitcoin network hashrate can be found here. It is one of the more important of the cryptocurrency metrics to consider.

Here’s the trading volume for MFCoin on January 26th: 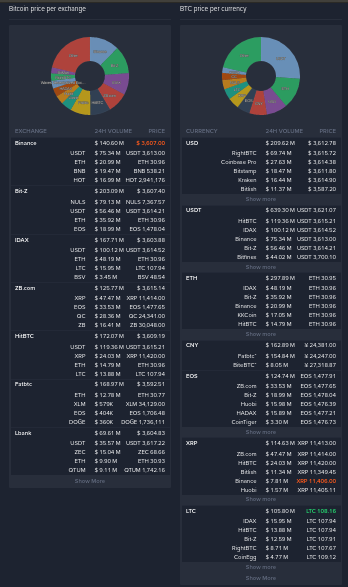 We can see that bitcoin has bigger volume, more exchanges, as well as trading pairs compared to MFC. I’m not promoting MFC here, just showing you what good cryptocurrency metrics should look like after ten years. 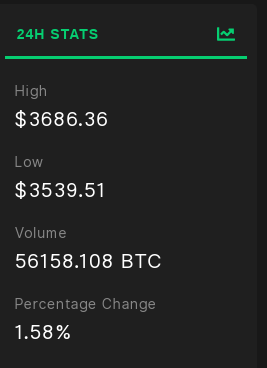 If the coin gains or loses 250-900 percent in 24 hours, this is definitely not normal and the market is heavily centralized. If the price is steadily growing, sometimes you can find out who is pumping the price and why.

I bet many old bitcoin journalists remember the litecoin pump from $1 USD to $5 in China back in 2015. Some journalists and traders learned about it and joined in on the action.

coinlib.io (Has lots of precise metrics)

coinmarketcap.com (Can cook the stats, though)

What suggestions do you have regarding good cryptocurrency metrics? Share them in the comments section below.