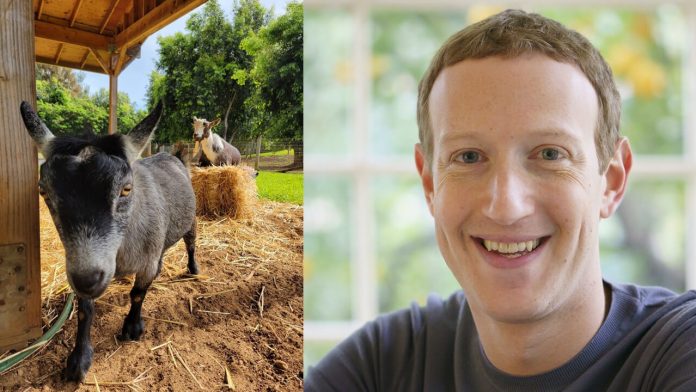 Facebook CEO Mark Zuckerberg posted a picture of his two pet goats earlier this week, he introduced them to the world as Bitcoin and Max. as usual cryptocurrency enthusiasts went frenzy and started trying to figure out why he is using the names.

The crypto community saw the name Bitcoin as an endorsement to the digital currency but it could be more than that. Since early April there have been rumors and speculations about Facebook acquiring Bitcoin. The speculation surfaced online before Facebook’s quarterly earnings call in April and some people already believe that Mark Zuckerberg will announce bitcoin investments at Facebook’s annual shareholder meeting that will hold later this month.

Other Cryptocurrency enthusiasts analyzed the post a step further and asked “is mark Zuckerberg telling us he is a Bitcoin maximalist with the names of his goats?’’ Anthony Pompliano a crypto investor and personality tweeted. Bitcoin maximalists have a belief that no cryptocurrency will be needed or used in the future.

Anthony Scaramucci, Skybridge Founder, said he was excited about Zuckerberg Joining the Bitcoin Community. “I knew Mark Zuckerberg would become a Bitcoiner when he hired David Marcus from PayPal to run Facebook’s Crypto business.

Facebook has been trying to launch their own stable coin, Diem which will be on trial before the end of 2021 the coin would focus solely on user transactions. Diem would be pegged to the dollar and could be used to purchase goods and services on Facebook. Others expect that multiple coins, each tied to a fiat currency, and a coin tied to multiple national currencies will be launched on Facebook eventually.

Facebook changed the name of their crypto coin project from Libra to Diem. Their crypto coin project envisions one global coin tied to a basket of fiat currencies and linked to Facebook’s platform. There have been concerns about the effect on the global digital coined owned by a social media network and this made them switch name to Diem.  Some crypto fans might also see Zuckerberg’s post as a threat instead of an endorsement.

In 2011 the Facebook boss said he would only eat meat from animals he killed himself, and Twitter CEO Jack Dorsey has confirmed this in an interview with Rolling Stone in 2019. He said that Zuckerberg has once served him a goat that he Slaughtered himself.