Is Libra Coin Money of the Future?

Despite Facebook has not released its own cryptocurrency yet, it has already made a lot of fuss on the internet. The expectations are huge, and many reputed companies are already backing the new project. Uber, Vodafone, MasterCard, and many others are eager to use Libra coin to provide better services to Facebook users.

The users themselves are also waiting, as the Libra’s developers say that this will be the new dawn of the fast, safe, and cheap online payments. Allegedly, it will have some  of the advantages of Bitcoin, but with many additional benefits, and may even push the main crypto and fiat currencies from their leading positions. Are we really going to face the revolution in the cryptocurrency and finance world? Let’s see what is Libra, and how it can change the market of virtual money.

What Is Really Libra

Libra is a still-to-be-launched cryptocurrency proposed by the largest social network in the world. The name is taken from the Roman weight measurement. The currency itself, the blockchain, transaction protocol, etc. — everything is being developed by Libra Association, the organization that was founded by 28 companies, including the Facebook’s subsidiary Calibra.

The first moves towards creating its own cryptocurrency the social media corporation has made in 2017. One person, Morgan Beller, worked on the project then. In May 2019, when the first news about the Facebook coin appeared on the newspapers, there were more than 50 people working on it.

The actual release of the virtual asset is going to happen somewhere in the beginning or middle of 2020. At least, it was said in their announcement from the 18th of June 2019. The white paper of the upcoming coin was published on this date, and there was a lot of interesting information there:

In conclusion, the authors of the white paper say that Libra will provide better financial services to all — regardless their income, social status, nationality or residence, etc.

I would like to point out the most important thing that differs Libra from cryptocurrencies as we understand them. As you know, the main idea of creating Bitcoin was to have digital assets that had nothing to do with governments, financial institutions, and traditional currencies. However, Libra will be highly dependent on fiat money, as its price will be tied up to the value of the reserve. This makes the Facebook coin, first of all, dependent on the global economic policy, prone to financial crises, and eventually — the centralized token.

What Are Benefits of Libra Coin?

Despite the huge criticism, including my own one, too, the Libra blockchain and coin have some advantages over the major cryptocurrencies, like Bitcoin, Litecoin, or Ethereum:

In any case, Libra offers an additional choice to those who are limited in their financial opportunities.

I believe, yes, it does, and the risks are really close to overtake the benefits. See yourself:

The simplest example is the possibility to freeze your FB account for a comment or inappropriate photo. This is not freedom at all, don’t you agree? In the world where Libra is the common and major payment system, where everyone keeps savings and purchases goods and services, this will be a disaster. And a very effective instrument for some organizations to control citizens. Sounds like a post apocalyptic fiction movie, but this is a very possible post-Libra backlash, isn’t it?

Is Libra Superior to Bitcoin?

There is a popular prediction that Libra will eventually substitute traditional money, and even kick Bitcoin out of its leading position in the chart of cryptocurrencies. However, I would not be so optimistic. First of all, I want to say that Libra will never make fiat money disappear — simply because it will disappear with them. Remember, it has the fiat basket to support its price? Overtaking and replacing regular money is not the goal of Facebook, I think, it will cooperate with governments and banks instead.

As for the opportunity for Libra to come out on top among cryptos, the reality is far from that no matter what the founders and Facebook fans say. You know all my arguments already, let’s see them in further details:

In summary, Bitcoin will remain the main cryptocurrency for those who want freedom and equality in managing the network. Let’s take mining — everyone can mine Bitcoin. But only the permitted members of Libra can control the supply of the coins. The Association even makes decisions who can be a reseller when a user wants to convert Libra coins into USD and vice versa. This will not work for those who want to deal with real cryptos, where no one can control your transactions, or issue any kind of permissions.

Any popular and new product that attracts the attention of the community, is the honeypot for various kinds of criminals. So, you have to be careful, for instance when you see the offerings to take part in investing in the Initial Coin Offering (ICO) or Libra coin pre sale. The tokens will be presented on the market not earlier 2020, and all other claims and “lucrative offers” are no more just a scam.

Be aware of any rumors about the hard forks of Libra, too. There were some on the net, and they also targeted naive users to simply steal their money. There is a site that looks like the official page of Calibra, with one symbol changes in the web address. They will sell you Libra coins for Ether or BTC, but you must understand that you won’t get anything for your money. Some activists have even issued the so-called zuckbucks, or ZBUX, an absolutely useless cryptocurrency that speculates on the name of Mark Zuckerberg.

To finish this review, I want to say that Libra is a good thing for those who uses Facebook services and will be glad to include financial services into the list of their capacities. The good this is also that with the increasing number of FB users and its services, Libra will make more people move from regular money and traditional payment methods to modern digital transactions, online shopping, etc. This will definitely make the future much closer.

However, this is all I can say about the positive influence of the Facebook token. It does not bring more freedom, it does not make global transactions more independent, and it does not develop the blockchain concept in the terms of decentralization and transparency. Moreover, you have no reason to invest in it unless you are a resident of some bankrupt country, because the coin is backed by the fiat money, and investing in it is the same as investing in USD or euros.

I realize why Facebook has decided to start this project — they perfectly know how popular cryptocurrencies are, and just wanted some hype to make some good money. The FB stocks soared markedly right when they declared about the soon launch of their crypto. I am sure, Mark Zuckerberg will earn even more when the coin will be listed on the exchanges. But you cannot fool people around for a long time, we see the difference. I believe, Libra will remain the token to be used strictly in the limits of Facebook and its apps, no more. 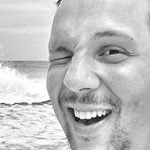 John Ryan has been a cryptocurrency writer for 4 years. His main focus is new tendencies and analysis in the cryptocurrency world. He always seeks for development and ideas to give people valuable content. You can find John’s other articles at BitcoinBestBuy.

Bitcoin is the most famous cryptocurrency in...
Read more
Opinion

How Blockchain is transforming supply chain?

The Shocking Reason Why the U.S. Wants to Stop Facebook’s Libra

If you haven’t heard about Libra yet, you must...
Read more
Opinion