How to Choose the Best VPN for Gaming 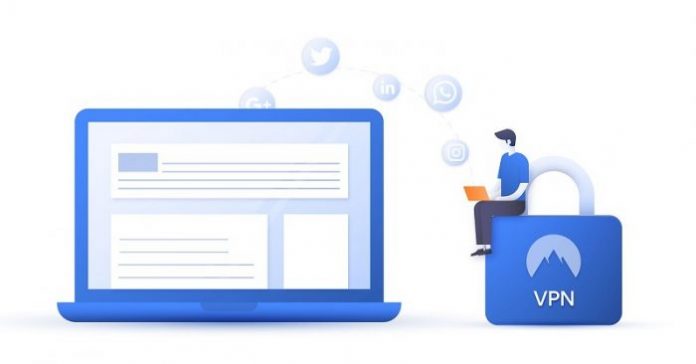 Choosing the best VPN for gaming is not easy as there are way too many variables involved. Some people fall for price, others for a well packaged product. And some, for other things, such as fast server speeds. However, none of these selling points guarantee that your VPN will be any good when it comes to suiting your gaming needs.

Why Gamers Need VPN for Their Gaming Needs

What you need is a guide that will inform on what matters the most when it comes to choosing the best VPN for gaming.  But before we consider the reasons why you might want a VPN app for gaming, it is good that we go over the reasons why gamers require VPN apps in the first place:

A VPN app will allow you to buy games at cheaper prices if discounts are offered based on geographical locations. Areas, such as the Middle East, Africa, and parts of South America are not considered as prime markets for gaming, hence the reason there is less targeted marketing in these regions. With a VPN app, gamers in these regions can take advantage of discounts that are offered elsewhere.

Gamers are reclusive fellows and they don’t like broadcasting their locations to the rest of the world, especially when they are playing high stakes games.  A VPN app is the one thing that can make them anonymous.

Some gaming companies only offer streaming services to gamers from certain geographical regions. All others have to rely on VPN apps that create mock IP addresses to hide their location.

How to Choose the Best VPN for Gaming

Of course, there are many more reasons why gamers use VPN apps, but those are the most prominent. They form the context through which, we can now determine how to choose the best VPN for gaming.

Most of the time, gamers are required to react quickly to developing situations in their games, and the way to do this is by purchasing a faster VPN.

It is not easy to establish whether a VPN app is fast enough. But if you could take advantage of the money back guarantee that is offered by most VPN apps, you could test as many as you want and that way figure out which one is the fastest.

If on the other hand, you are using a computer, you might as well be required to learn how to speed up your computer, so that it performs at its optimum.

If you don’t want to go through the hustle of testing VPN apps for their speed- a process that can be tedious by the way- you can read the reviews of some of the VPN app experts who have gone through the process. They give very detailed explanations on the capabilities of various VPN apps.

As noted earlier, some gamers are in many ways more privileged than others simply because of their geographical location.  And the only way for excluded gamers to even the playing field is to use a VPN app that masks their IP address, so that it mirrors that from the favored geographical region.

Now, some VPN apps are not very good at unblocking geographically-restricted content and it is upon the gamer to separate chaff from the wheat. The only way to do this is to test the app on several streaming services, such as Netflix, and see if the site reports a proxy error. If it does, that means that the VPN app is no good at streaming content.

It goes without saying that when it comes to a VPN app, everything is about privacy and security. A secure VPN connection can allow a gamer to download games on sites such as The Pirate Bay, for free and without the risk of getting caught.

It also allows them to interact freely with other members of the gaming community without the chance of revealing their real identities. VPN apps also make it hard for hackers to degrade the capabilities of a gamer’s computer because with a VPN app, it is much harder to know whose computer you are infected with malware.

Some VPN apps offer some excellent features, such as kill switches, obfuscated servers, and other forms of proprietary technology that makes it hard for anyone to track you over the internet. If the VPN app that you are about to buy doesn’t have anything extra to offer, then there is no reason to buy it.

Number of Servers and Their Locations

Any VPN app that is worth its salt has as many servers as the needs of their customers demand. Look for apps whose server locations are in places, such as the US, Germany, Japan, and so on. It is these places that receive the most attention from gaming companies.

When it comes to VPN apps, customer service is very important. VPN apps have a lot of technical aspects and unless you are a veteran user, they can be very confusing. Look for an app that offers customer service through as many channels as possible. If there is a chat system on the website, try using it and see how the customer service team responds.

One of the most time trusted ways of getting things right is by following the wisdom of the crowd. Gamers have been in the business of buying VPN apps as long as online games have existed, and most have by now figured out the best VPN for gaming. It is best to look through their various recommendations as that way, you can never go wrong.

You will find that choosing the best VPN for gaming is easier said than done as there are hundreds to choose from. Hopefully, this piece will be of help to you. If you are still interested in the topic of VPNs and online security in general, you can check out this PC repair tricks and tips guide. It has a lot more on the topic of VPN apps.

Mathew Ngatia is a computer scientist who currently works as a content specialist at Softwaretested.com. He writes on topics related to tech, VPN, digital marketing, gaming, SEO and more. Outside of work, Mathew is interested in artificial intelligence and programming in general and is an avid book reader.