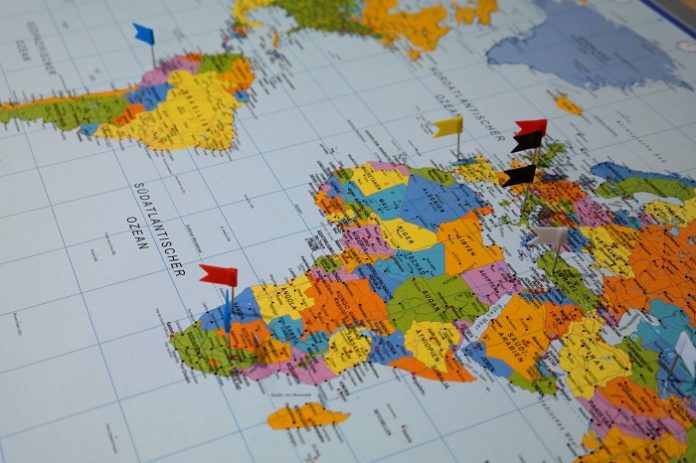 News about the latest in the blockchain industry is usually limited to the latest price of bitcoin, new ICO’s, updates on existing cryptocurrencies and lately, opinions about Libra.

When we do talk about governments, it is most often about regulations introduced by governments and their impact on cryptocurrency markets in general.

Governments and tech companies all over the world however have acknowledged the importance and potential of the blockchain technology. While many large tech companies have launched their blockchain platforms, governments have also recognized that blockchain can improve the security in record keeping.

The security offered by irreversible transaction records in distributed ledger systems can be a boon to many countries against their fight in corruption.

Let us deep dive and look at some unique ways in which governments of different countries across the world are experimenting with blockchain technology for smarter governance.

Venezuela is a front runner among countries with a state backed cryptocurrency. The Petro was officially launched in October 2018 and is backed by the countries oil, iron, diamond and gold resources.

The aim is to develop an independent, transparent and open digital economy. Venezuela has decided to promote the use of Petro as a means of exchange, investment and savings and it is accepted by all government institutions. Petro is based on the open source cryptocurrency Dash.

The government of Uganda has come up with an unique solution that uses blockchain to address the problem of counterfeit drugs trafficking. Counterfeit drugs account for 10% of medicines available in the market in Uganda. As such the government has granted support to blockchain start-up MediConnect to help solve various issues in the pharmaceutical industry.

Georgia which had been dubbed as a crypto capital in the past has used blockchain to speed up and streamline the process of land registrations. The project was developed in partnership with the Bitfury group and is anchored to the bitcoin blockchain.

This project could have a global impact as it makes the process of land registration easily accessible to anyone who wishes to have a record and title of possession for their property.

The Australian government has backed not one but multiple blockchain initiatives. Notable among them is the use of blockchain in election voting.

The ballot would be cryptographically integrated within the blockchain providing anonymity to the voters. Citizens will use their unique digital access keys to verify their identity before casting a vote. Voting records cannot be tampered with and the count can be easily verified.

Another interesting application is the use of blockchain to improve productivity, profitability and sustainability in sugarcane farms. With the growing demand for sustainable grown sugar the project will provide transparency to consumers and buyers and ensure that best practices are used by cane growers.

In Southeast Asia the Monetary Authority of Singapore (MAS) has launched project Ubin, a collaborative project with partners from the financial services industry.

It aims to “explore the use of distributed ledger technology for the clearance and settlement of payments and securities”.

Eventually it aims to develop simpler and more efficient alternatives to today’s systems used for wire transfers and settlements.

Another project from the Singapore government named OpenCerts uses a blockchain based platform that helps employers to verify educational qualifications of local candidates applying for a job. All graduates from local universities will receive digital certificates that can be stored in their skills passport and can be verified when applying for jobs through the governments integrated skills and jobs portal.

China may not support cryptocurrencies and ICO but is planning to launch the digital RMB to promote the Chinese Yuan. This currency will be introduced by the Peoples Bank of China and will be backed 1:1 by fiat reserves.

With digital RMB, China hopes to promote the Yuan and also get better control of the money markets which will enable accurate assessment of monetary policy.

The project aims to address the lack of transparency and security in health data processing.

Another project sponsored by the Department of Homeland Security (DHS) aims at using blockchain technology to secure Internet of Things (IoT) data. This will target IoT devices like sensors and cameras which collect sensitive data.

While there is no shortage of number of innovations that use blockchain technology in the public sector, we have tried to identify and highlight a few from different parts of the world. We have also tried to use examples that are largely diverse in the problems that they try to address and solve.