Five of the Biggest Names in the Cryptocurrency investment Space 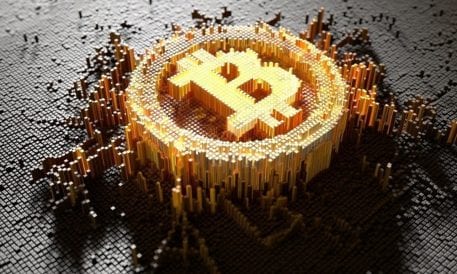 The modern phenomenon of cryptocurrency has made waves in the world of finance and many investors have amassed a fortune in digital currency. Making it big in cryptocurrency requires patience, strategy, and an expert grasp on this unique trade.

The average punter may find more success in a game of Poker or Roulette, a casino game from Betfair, but if you can learn the ins and outs of cryptocurrency, there could be a lot of money to be made.

Let’s have a look at a few cryptocurrency experts who have made fortunes from their digital currency exploits.

Chris Larsen was regarded as “the richest man in crypto” in 2018. The co-founder of Ripple now has an estimated net worth of around $2.1 billion. This fortune has been amassed through Larsen’s exploits in XRP, the digital currency created by Ripple, of which he owns 5.2 billion.

Larsen made his name as a business executive. Playing a part in establishing several Silicon Valley enterprises including online lender E-Loan and peer-to-peer lending company Prosper Marketplace. During the height of Ripple’s cryptocurrency value in January 2018, Larsen had a personal net worth which placed him slightly ahead of Facebook creator Mark Zuckerberg on Forbes’ rich list at the time.

Matthew Roszak was on the cryptocurrency scene before Bitcoin had established itself as a well-known venture. Roszak’s crypto net worth stood at under $1 billion in January 2018, which was a result of immersing himself in researching the best methods for building a crypto fortune.

Such is his knowledge of cryptocurrency and blockchain technology, Roszak has led talks and presentations at various conferences and has even testified before US Congress as an expert in his field.

Joseph Lubin started out in the technology sector, working in software and robotics before switching to finance and delving into the world of cryptocurrency. Lubin had a crypto net worth of between $1 billion and $5 billion as of February 2018 and is rumoured to hold the largest stash of Ethereum of any individual.

The Canadian has extensive experience as an entrepreneur and has used this knowledge to help develop many businesses, including ConsenSys, a company which offers services in the development of blockchain enterprises.

Brian Armstrong is the founder of Coinbase, a website where people can buy and sell digital currency. According to the Telegraph, Coinbase is one of the most “popular entry points for cryptocurrency trading in the US”, which helped Armstrong build a crypto fortune estimated at around $1 billion in 2018.

The company has gone through some legal struggles in the past but remains one of the most widely-used crypto exchanges. In 2017, as Bitcoin fever gripped the US, the Coinbase app was one of the most downloaded in the country, and Armstrong has been the beneficiary of this success ever since.

Identical twins Cameron and Tyler Winklevoss arrived early onto the Bitcoin scene in 2012, and have gone from strength to strength in the world of cryptocurrency. The pair also boast a high crypto net worth, having built Gemini, a valuable crypto exchange whose headquarters are in New York.

The twins are most famous for a legal battle with Facebook founder Mark Zuckerberg in which they claimed he had stolen their idea to launch the social media platform. A $65 million settlement was agreed in 2008, and this has helped the pair in their crypto investments.

They are also keen rowers and represented the US rowing team at the 2008 Olympic Games. They also took part in the Boat Race between Oxford and Cambridge in 2010 while they were studying at Oxford’s Saïd Business School. Sadly for the Winklevoss twins, Cambridge were the men’s winners that year.