Facebook To Launch Its Cryptocurrency Diem Before The End Of 2021 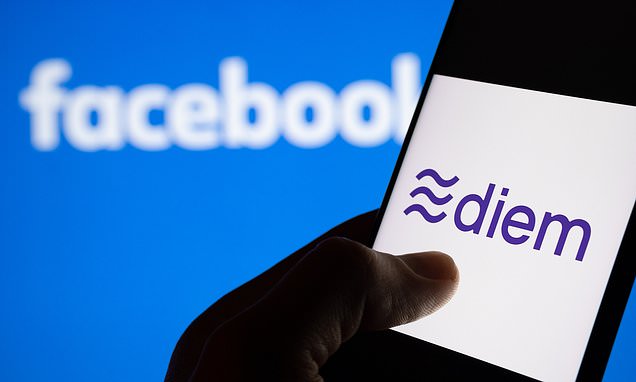 The cryptocurrency world has been creating a huge buzz in the business world since the beginning of the global pandemic last year. The price of various cryptocurrencies surged up and broke an all-time market record. We have witnessed a new set of investors in the crypto space more people seem to be convinced about digital currencies at the moment. The spread of COVID-19 globally created a new digital transformation, which increased the use of eCommerce transactions among consumers and business leaders. Bitcoin, Ethereum, and Dogecoin are currently dominating the cryptocurrency market over the other digital currencies.

Facebook is planning to launch its first-ever digital currency Diem, Later this year. The project was formerly known as Libra in 2019 but recently the name has been changed to Diem. One of the major aims of Facebook cryptocurrency is to revolutionize the social media platform. Earlier the Facebook CEO posted a picture that caused some speculations about the Diem Cryptocurrency.

The Diem Association is the digital currency project group of Facebook, that is aiming to launch the Diem as a single U.S dollar stable coin. So far 26 corporate firms and non – profit organizations have agreed to be part of the Facebook Diem coin. One of the firms is a minority investor known as Novi, Facebooks Digital wallet. The primary payment system license was applied with the swiss financial regulator but it has since been moved to the United States regulator.

The Diem Association will introduce a sophisticated Blockchain digital payment method that will allow real-time eCommerce transactions with Diem stable coin. The complete eCommerce transaction will be registered as a money-serving business in the books of the U.S. Department of the Treasury’s Financial Crimes Enforcement Network. The U.S. dollar-backed Diem will be issued and managed by the Silvergate Bank in California.

Facebook starting a digital currency may hamper the protection of active users’ privacy that can lead to serious money laundering, scams, and cyberattacks. A lot of Facebook users are still holding fresh memories of the Facebook-Cambridge Analytica controversy. Libra the first name adopted by Facebook for its cryptocurrency lost some hi-tech investors like Stripe, Mastercard, Vodafone, PayPal, and e-Bay. This has led to drastic changes that included a change in the name. Facebook will advertise Diem as the most updated and protected cryptocurrency that will serve on the guidelines of the user privacy policy.

This will start before the end of 2021 and it is expected that Diem will drive merchants and lucrative partnerships on Facebook. The Social Media platform has billions of users across the world and Facebook has a sincere interest in the cryptocurrency market when the CEO, Mark Zuckerberg, mentioned that users will transfer money just like they send their photos to the party. Diem is specially designed for users to transfer money at a cheaper rate and it will also be used as an opportunity to attract more users to the platform.

Early investors in Diem include Shopify, Uber, Spotify, and Lyft. If Facebook would eventually launch their cryptocurrency it will be the first crypto having a wide user base in billions across the globe it will also have the presence of strong companies and other potential hi-tech companies.

Diem is actually an interesting cryptocurrency to follow up on because of its potential. The cryptocurrency will reshape the lives of many people who are still in doubt when it comes to cryptocurrency. We will keep you updated as the events unfold over the coming weeks.