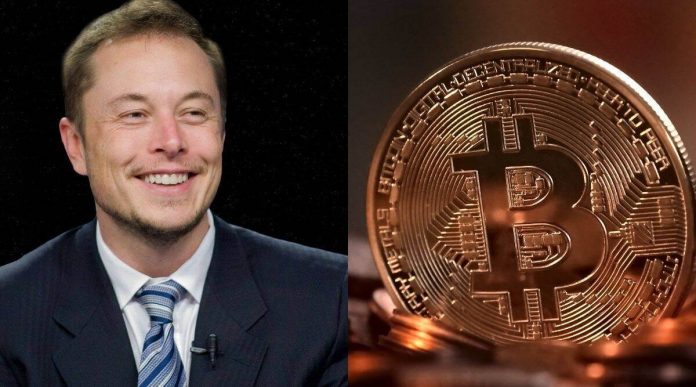 Elon Musk Recent tweet has further dropped the price of Bitcoin sending it to its lowest since February. He replied to a tweet on Sunday that implied whether Tesla Inc. will sell or has sold its Bitcoin holding. Earlier this year the company bought about $1.5 billion worth of Bitcoin, around the same time Tesla also announced that it would accept the cryptocurrency as payment for its products.

Bitcoin slid below $45,000 for the first time in three months after Elon seemed to have replied to a tweet that suggested that Tesla might dump all of their Bitcoin Holdings. As of the time of writing this report the price of a single Bitcoin was $43,256.38 bringing it down to its lowest since February.

Over the past few days, there has been a public outrage against the Billionaire because of a tweet that ripped of $10,000 on the price of Bitcoin. This happened after saying that Tesla wouldn’t accept Bitcoin for its cars and products. He also said that he was working with Dogecoin developers to improve its transaction efficiency. Digital tokens have roiled ever since his appearance on Saturday Night Live this has further shown the influence he has in the crypto world.

In February, when Musk announced that Tesla bought $1.5 billion of its nearly $20 billion corporate cash to buy Bitcoin the price surged to a new all-time high. It also gave legitimacy to a lot of digital currencies that have become mainstream assets in recent years despite some questions around cryptocurrencies.

The company sold off $272 million worth of Bitcoin in the first business quarter of 2021, the profit made up 23 percent of Tesla’s earnings within the three months period.

The latest reverse in the price of Bitcoin came after a tweet from the handle @CryptoWhale, he tweeted

“Bitcoiners are going to slap themselves next quarter when they find out Tesla dumped the rest of their #Bitcoin holdings. With the amount of hate @elonmusk is getting, I wouldn’t blame him…” the Tesla CEO replied “Indeed”.

Musk spent hours on Sunday replying back at Twitter users who criticized his chance of stance from Bitcoin last week. According to the billionaire, the power needed to mine a Bitcoin is causing serious environmental harm in limiting the impact of global warming. Crypto is mined by high-powered computers that require a huge amount of energy to continuously solve computational math puzzles.

According to the US Energy Information Administration, they claimed that Bitcoin mining consumes almost the same amount of electricity annually as Egypt. Musk tweeted a link to that study on Thursday, saying “Energy usage trend over the past few months is insane”

He later tweeted “to be clear, I strongly believe in crypto, but it can’t drive a massive increase in fossil fuel use, especially coal.”

Right now, Elon Musk seems to be pushing Dogecoin because he has added it as a means of payment for Tesla cars. He has also shown over the past few months that he is one of the most influential figures manipulating the cryptocurrency world