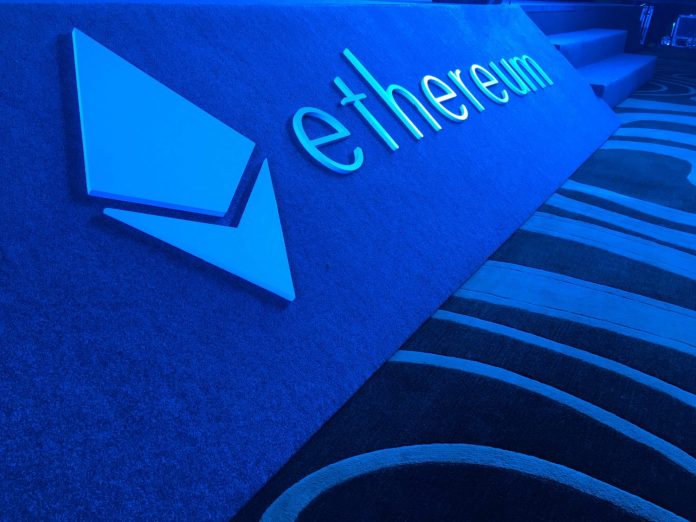 When the Ethereum blockchain was launched in 2015, Vitalik Buterin, the brains behind the world’s second-largest blockchain, had a different vision for it. Like its predecessor, Ethereum was built to use the Proof of Work consensus mechanism.

Buterin aimed to create a ‘world computer’ using this blockchain network. However, the existing PoW consensus presented several challenges that would make it impossible to achieve this. The founding team had already foreseen the crisis from the old protocol. A few months after the launch, Buterin was already campaigning to switch to Proof of Stake mechanism.

That was in December 2015. Five years later, on 1st December, the developers announced the launch of Beacon Chain. This protocol lays the groundwork for future upgrades to the chain and marks Phase 0 of the roadmap towards Ethereum 2.0.

So, what lies in store with the new upgrade, and what was the need for the switch to a different consensus mechanism? To understand these questions’ answers, we must first dig deep into consensus mechanisms and their role in blockchain networks.

Users can acquire cryptocurrencies by either buying bitcoins or mining them. While buying is pretty straightforward, mining involves a bit more technicality on the networks.

Nodes, which form an integral part of blockchain networks, have to agree before any changes can be made. Consensus mechanisms help keep the network secure by allowing nodes to work together and agree on its state.

Proof of Work (PoW) is the underlying algorithm behind most blockchains, including Ethereum. This protocol relies on miners to validate transactions on the network. Miners compete to validate new blocks by computing complex cryptographic problems.

The first miner to solve the problems gets rewarded with new cryptocurrencies. This protocol requires users to have control over 51% of the network’s computing power to defraud it, which works in keeping the blockchain secure.

Despite it being the popular consensus protocol, PoW isn’t entirely fault-free. For starters, it requires enormous amounts of energy.

Studies show that the annual carbon footprint for mining bitcoin using PoW is comparable to New Zealand’s. The electrical energy used for a single transaction is 690.78 kWh, equivalent to what a US household would use over 23.68 days. The energy consumption is likely to increase as more transactions are validated on the network, a fact that is quickly causing a stir among environmentalists.

Additionally, PoW makes it increasingly difficult for a cryptocurrency to be fully decentralized. Thanks to the high electrical costs incurred and the cost of hardware required, mining is confined to areas with relatively cheaper electricity costs. China, for example, uses coal-fired power plants, which has led to the country accounting for about 65% of the Bitcoin network’s collective hash rate.

In 2012, the concept of Proof of Stake was introduced as a solution to the biggest problem of crypto mining using PoW; energy consumption. PoS would help to phase out PoW, which most people in the crypto scene agree is outdated and not environment-friendly.

This new protocol proposed staking as an alternative to mining. It would also be virtual, which eliminated the need for vast amounts of energy for computation.

The consensus involved choosing random nodes to validate the network based on the number of coins they held. Instead of receiving cryptocurrencies for their work, nodes would be paid a transaction fee determined by the network.

From Ethash to Casper Protocol

Ethereum’s PoW protocol, Ethash, requires miners to race and find a nonce for a block through trial and error. Miners have to repeatedly input a dataset into a mathematical function to generate a mixHash. Other miners then have to verify the generated hash, and any change in the transaction will change the hash completely, signaling fraud.

As an incentive to complete the cryptographic puzzles, miners get awarded with 2 ETH plus transaction fees within the block. Ethash helps extend the chain, and miners have little incentive to create sub-chains on the leading network.

According to a CNBC report, mining ethereum by yourself is no longer profitable. While this may seem harmless, it paves the way for Tragedy of the Commons, which could then lead to mining pools coming together to control over half of the network’s computing power. It is for this reason that Ethereum developers have been working towards switching to a PoS protocol from the word go.

Bohdan Prylepa, the CTO and co-founder of Prof-it Blockchain Ltd, feels that the switch is necessary. Prylepa, who is also the COO of Bitcoin Ultimatum- a bitcoin hard fork-, said, “Ethereum is shifting for strategic reasons, righting the wrongs of Eth1 and finally baking-in means of on-chain scaling.” The switch will help scale Ethereum via the long-awaited Eth2 upgrades.

Ethereum has chosen a PoS protocol named Casper, which will use a Byzantine Fault Tolerance(BFT)- style. Users on the network will need to stake 32ETH to participate. Validators are then chosen randomly to create blocks and confirm other blocks that they don’t create.

Casper is different from other PoS protocols in that it has mechanisms in place to punish all malicious elements. For starters, validators need 51% of all the staked ETH to defraud the chain. Additionally, they get all their stake slashed if they engage in any malicious behavior, such as doing a Nothing-at-Stake. Validators also risk losing their stake for laziness and carelessness, such as going offline.

On 1st December, the Beacon Chain launched, setting in motion Phase 0 of the multi-year roll out to a different consensus mechanism. Beacon Chain is at the heart of Ethereum 2.0 and is the first step towards switching completely from Ethash to Casper protocol.

What Next? Another Long Wait, Perhaps?

Before developers could launch Beacon Chain, a deposit contract of 524,288 ETH was needed a week before the launch date. This, coupled with other unforeseen technicalities, is perhaps the reason behind the late launch, which was initially scheduled for the first quarter of 2020.

Following the successful launch, Vitalik revealed an updated roadmap for Ethereum. The tweet revealed a roadmap quite similar to the one he released in March, with only a few tweaks. Buterin commented that although they’d accomplished a lot, they still had a long way to go.

With Beacon Chain already live, Ethereum still has two significant hurdles to cross before finally launching Eth2.0. Now, developers are moving towards Phase 1 of the project, which involves setting up shard chains to increase the network’s storage capacity and improve transaction speeds. This phase is scheduled for 2021, with the final one, Phase 2- docking– estimated for 2022.

Buterin maintains that the project is still on schedule for Eth 2.0’s launch, but going by history, users may just have to wait a bit longer.

Although all these upgrades are independent, they are all set to work together to realize Eth2’s true potential.

The move to PoS is expected to bring more people on board the Ethereum network. Because sharding and validating are easier than mining, more crypto enthusiasts will be able to use Ethereum. As such, the network will become more decentralized and more secure in the long run.

In Prylepa’s words, “Overly, if 2020 sets the pace, 2021 will likely be a spectacular year for crypto in terms of adoption and investment.” While the statement referred to the crypto scene in general, it’s safe to assume the same for Ethereum.