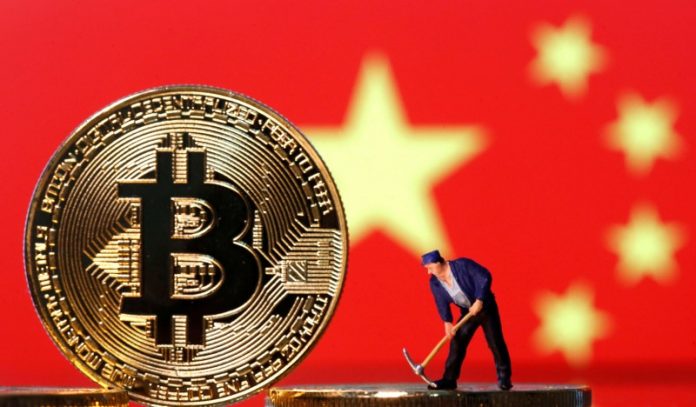 China has continued its crackdown on cryptocurrency and the latest one is on bitcoin mining. Bitcoin and other digital currencies have been hit severely over the past few weeks by Chinese regulations.

The Cryptocurrency and bitcoin downtrend Continued on Monday, despite BTC showing a strong 17% rebound in recent days. The cryptocurrency world is just starting to recover from its recent drop of an all-time high, but it seems more trouble could be in store for Bitcoin and the general cryptocurrency market.

In a statement released by a State Council Committee led by Vice Premier Liu, he announced the crackdown late on Friday as part of efforts to fend off financial risks. This is the first time that the Chinese government is targeting cryptocurrency mining. Some crypto analysts believe that China is responsible for as much as 70 percent of the global crypto market.

Three major bitcoin miners BTC.TOP, HashCow, and Houbi have halted some parts of their China operations following the news of a crackdown on cryptocurrency mining. On Monday Houbi announced that they are suspending both crypto mining and some trading services to new clients from mainland China. They also made a statement saying they will focus overseas for business. BTC.TOP also announced the suspension of their business in china citing the new regulatory rules as a reason. HashCow on the other hand said it will stop buying new bitcoin mining rigs.

Crypto miners have come under increased pressure in recent weeks over the consumption of too much energy in mining crypto. They use specially designed computer equipment and rigs to produce newly minted cryptocurrencies such as Bitcoin. Elon Musk cited the energy consumption as part of why Tesla stopped accepting Bitcoin as a payment method when buying a new Tesla car.

The annual energy consumption of cryptocurrency miners in china is expected to reach about 299 terawatts per hour by 2024. And that will be almost greater than the entire energy consumption of Italy in 2016 according to a study recently published in a scientific journal Nature Communication.

Telephone hotlines have been set up in Inner Mongolia to encourage citizens to report any crypto mining activity they may have witnessed.

Investor protection and money laundering are major concerns of global financial regulators who are grappling with regulating the ever-growing cryptocurrency industry.