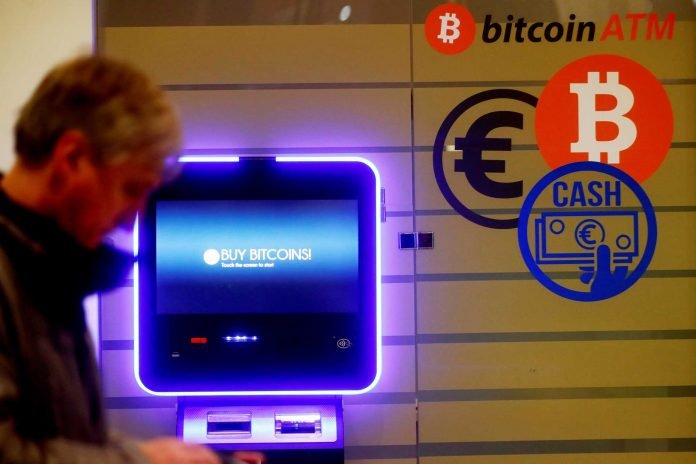 A man walks past a bitcoin ATM in Vilnius, Lithuania.

The reason for the downward move wasn’t immediately clear. But it arrives after President Trump said last week that he was “not a fan of Bitcoin and other Cryptocurrencies, which are not money, and whose value is highly volatile and based on thin air.”

Trump was also critical of Facebook’s plans to create a cryptocurrency, called Libra, which will be pegged to a basket of government-backed currencies and assets to maintain a stable value. Facebook should apply for a banking license if it seeks to become a bank, Trump said.

Some in the crypto space shrugged off Trump’s comments. Brian Armstrong, CEO of the digital currency exchange Coinbase, said it was an “achievement,” putting crypto in the spotlight, while Fundstrat Global Advisors’ Tom Lee called it “positive because cryptocurrencies and bitcoin really are in the main stage now.”

Nevertheless, bitcoin is still up more than 160% since the start of the year, despite the recent pullback. Analysts had attributed the digital coin’s rise largely to news of big companies like Facebook getting involved in the space.

Elsewhere in the market, ether and XRP — the world’s second and third-largest cryptocurrencies respectively — were also in negative territory. Ether slipped nearly 17% to $221 while XRP fell 5% to around 31 cents.

In other crypto news, Chinese police confiscated about 4,000 computers belonging to bitcoin miners accused of stealing electricity worth nearly $3 million last week. Bitcoin mining is known to be an energy-intensive operation, with a recent study saying it consumes as much energy as Switzerland.