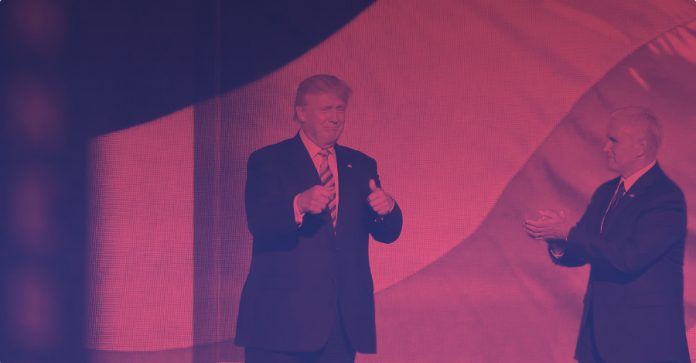 Speaking at today’s Binance meetup in Canary Wharf, London, Zhao said, “I’m pretty sure that after Trump retires, he will get into crypto. Right now, without retiring, he’s in a position that he should not promote crypto over U.S. dollars.”

In July, Trump took to Twitter to bash Bitcoin in a series of provocative tweets, saying that he was not a fan because bitcoin was “highly volatile and based on thin air.” At the time, Binance CEO Changpeng Zhao said the comments were a positive sign for the industry as it brought greater attention to Bitcoin–even if it was negative. And he was right. Searches for bitcoin ballooned after Trump’s tirade. Since then, Zhao is convinced the President will at some point, be won over by the nascent technology.

“President Trump is a very smart businessman. I think he will get it,” said Zhao.

Trump, never the one to hold back, also took aim at Libra, Facebook’s ambitious cryptocurrency project. In another volley of tweets, he said it “will have little standing or dependability.” Zhao meanwhile, appears to be more of a fan of Facebook’s efforts, but has given little thought to whether Libra should be added to Binance when the project goes live next year.

Zhao says Binance considers a project based on its number of users—but Libra hasn’t launched yet. If regulators get their way, maybe it never will.