After two failed rounds, is Mike Tyson back in the blockchain business? Nope. 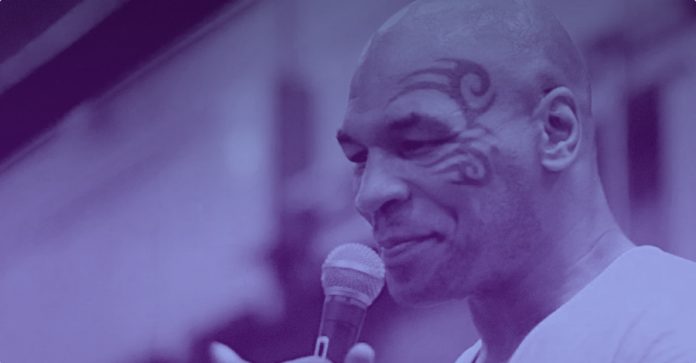 After coming up short in two rounds in the blockchain arena, is former heavyweight boxing champion of the world, Mike Tyson, back for more?

We don’t know. But that didn’t stop us from following VentureBeat, which reported earlier today that Tyson had launched a new blockchain venture called Fight to Fame, which supposedly aimed combine the spectacle of prize fighting with the spectacle of cryptocurrency—all on a single platform.

The company, reported VentureBeat, would seek to provide new ways for fighters to earn a more equitable portion of the profits generated from a match, drum up social-media promotions, broadcast upcoming fights, and even encourage a little gambling—all driven by Tyson’s involvement.

But, subsequently, in an interview with Modern Consensus, Mike Tyson’s publicist Jo Nignano of K2 confirmed that Tyson has nothing to do with blockchain project—indeed, the project itself may in fact be completely bogus, according to a report from the Wall Street Journal, as Modern Consensus pointed out.

Though Tyson was evidently contacted by those behind Fight to Fame, he repeatedly told them we was “not moving forward,” with the venture Nignano told Modern Consensus. “He has had no contact with them since that time. There is no truth to this,” she said.

At Decrypt, we generally like to write our own stories and try to steer clear of doing stories based on other sites’ reporting—indeed, we’ve openly called out competitors who routinely do that. Some stories though are too good, or too important, to ignore.

This one did not fall into that category. We should not have published it without doing more work to verify its veracity. It slipped through, we deeply regret it, and we are taking steps to ensure it doesn’t happen again.