What Are The Advantages Of GST In India? 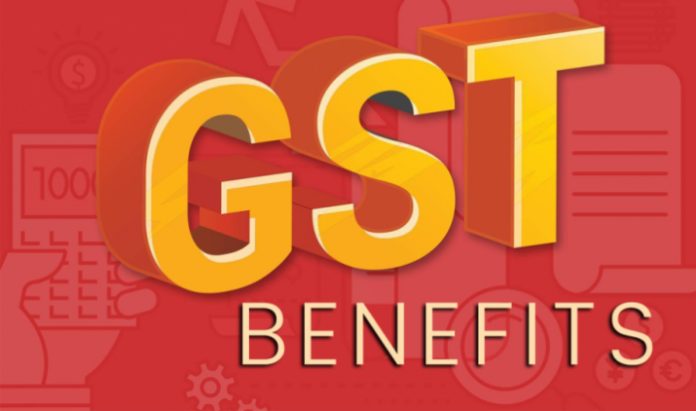 GST or “Goods and Services Tax” can be defined as a single, unified tax that eliminates all other indirect taxes. It is one ultimate tax that has led to the abolition of other various taxes such as excise duty, service tax, value-added tax (VAT). Both State and Central Governments have imposed GST on almost all goods and services in India or imported into the country, except for a few products/services such as alcohol for human consumption, petroleum, real estate.

Goods and Services Tax has paved its way of becoming one of the biggest fiscal reforms India has ever witnessed since independence. All businesses, SMEs have been impacted because of this paradigm shift in the indirect tax regime. Policymakers have consistently favored the benefit of a unified taxation system in a federal country like India.

Who does GST apply to?

The journey of GST in India

The journey of GST in India started back in 2000. Since then, it took 17 long years for the law to evolve. It began with a committee, set up by P.M Vajpayee to draft the Goods and Services Tax law. In 2004, the task force concluded that GSTN must be implemented to improve the current tax structure.

In 2006, the Finance Minister proposed the introduction of GST from 1st April 2010. In 2007, CST or Central Sales Tax was phased out. Rates were reduced from 4% to 3%. The Election Commission then finalized the dual GST structure to have separate levy and legislation.

A project to computerize commercial taxes was launched in 2010, but the implementation of GST got postponed. In 2010, Constitution Amendment Bill to enable GST law was introduced. The standing committee began to discuss GST but stalled it over clause 279B.

In 2014, the GST bill finally got introduced in the parliament. However, in 2015, the bill was passed in Lok Sabha but not passed in Rajya Sabha. The law was amended in 2006, and it was finally passed in both houses, and the president gave assent. It was then passed in the parliament on 29th March 2017. The act came into effect on 1st July 2017.

The implementation of the Goods And Services Tax has benefitted the Indian economy in a number of ways. The main contribution of GST is that it has removed the cascading effect on the sale of goods and services. The effect of this has impacted the cost of goods by decreasing the overall prices of goods. Previously a “tax-on-tax” system affected the price of goods and almost doubled them. GST helped eliminate that.

The management of Indirect taxes was a complicated task for the Government but under the establishment of GST. The integrated tax rate, simple input tax credit mechanism, and a Goods and Services Tax Network, now the administration of resources are well-organized for the Government.

GST has given a boost to India’s tax to GDP ratio that aids in promoting economic efficiency and sustainable long-term growth. It has facilitated in eliminating economic distortion and forming a common national market. GST has also led to a uniform tax law among different sectors concerning indirect taxes.

Rationalization of Tax Structure and Simplification of Compliance Procedure

There are multiple indirect taxes levied by both State and Central Government as well as local bodies. All these governing bodies have separate rules and regulations. Assesses has to move from one office to another for procedural formalities constantly. Goods and Services Taxes formal visit into the taxation system has brought in a substantial reduction in those formalities as now there are only two governing bodies, the Centre for CGST and State for SGST.

Increase in product competitiveness in the International market

With the GST online network portal, the taxpayers are now able to directly register, file returns and make payments of taxes without having to interact with tax authorities. To keep a check on tax frauds and evasion as well as bring more business into the formal economy, there is a special mechanism to match the invoices of the suppliers and the buyers.

One India, One Market

Before the implementation of GST, several taxes prevented India from becoming a common market. However, now the GST, being a single tax, has facilitated in turning India into a common worldwide market.

The Goods and Services Tax law is still in an evolving stage and often tends to have problems and issues. The Government tries its best to simplify GST compliance procedures. As the GST law is still in its initial stages, there may be obstacles in the path, but in the long run, GST will surely prove beneficial for every segment of the Indian economy.