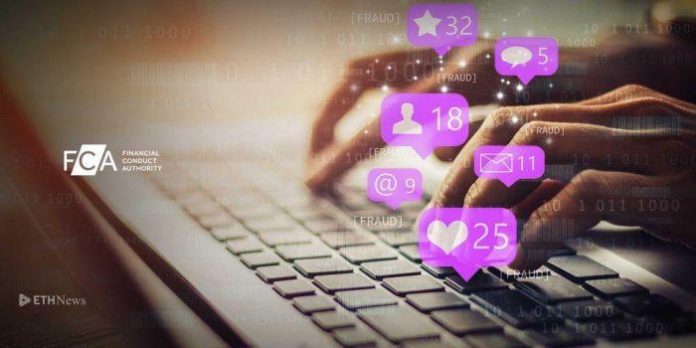 The Financial Conduct Authority (FCA), a financial regulatory agency in the UK, issued a warning to investors this week with their report highlighting losses in investment scams suffered in 2018. With cryptocurrency included in the list of most commonly reported scams, the warning states that over €197 million (about $223 million) was lost in scam investments in 2018.

Eighty-five percent of suspected investment fraud cases in 2018 related to forex, investments in shares and bonds, or cryptocurrency. The result was an average loss of 29,000 euro (about $33,000). The FCA stresses that investors should be particularly vigilant during the first quarter of the year, which it considers “peak investment season” before the end of the tax year.

According to the report, the method fraudsters are using to spread their investment scams seems to be changing. Moving away from traditional cold calling tactics, malicious actors have migrated to social media sites like Facebook and Instagram to dupe people out of their money. The report states that 54 percent of those who reported potential scammers were contacted online, up from 45 percent in 2017.

Too Big to Shill

Cryptocurrency and its underlying blockchain technology seem to be on the mind of social media platform founders. Last weekend, Twitter founder and CEO Jack Dorsey was on “The Joe Rogan Experience,” which is number two in iTunes’ top 40 comedy podcasts and has over 1.6 million YouTube subscribers. On the podcast, Dorsey stated that bitcoin would become the “native currency” of the internet because “[i]t was something that was born on the internet, that was developed on the internet, that was tested on the internet. It is of the internet.” Later, on February 5, Dorsey tweeted that bitcoin is the only cryptocurrency he holds.

Similarly, Facebook, which began looking to hire blockchain-related talent in December 2018, recently acquired the team behind Chainspace, which was creating an EDCC (aka smart contract) system that could enable payments through blockchain technology. Before that, in December 2018, the social media giant was reportedly working on a stablecoin for its WhatsApp messaging app.

As cryptocurrency and blockchain adoption is spurred on by the comments or business moves of popular social media platforms, these actions will influence popular attitudes toward the technology. Yes, mass adoption is exciting, but it seems dangerously dogmatic for Dorsey to say that bitcoin has been “tested” and will become the currency of the internet when the FCA warns that cryptocurrency scammers are having a grand old time on social media platforms.

Of course, the argument isn’t whether the CEO of Twitter should be allowed to talk about cryptocurrency on a podcast with a massive following. But with FCA warnings, and the ever-present cloud of scam culture surrounding cryptocurrency, it’s worth at least thinking before speaking as the technology grows, and the pool of potential scam victims grows with it.