The Bank of Google Wants Your Spending Data 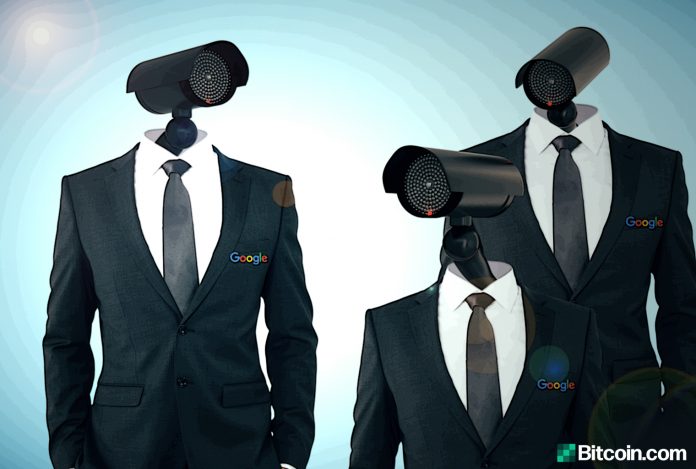 The multinational technology giant Google has plans to get into the banking industry according to multiple reports that reveal the firm intends to work with Stanford Federal Credit Union and Citigroup. However, analysts assert that Google is not jumping into banking for revenue purposes and the move is simply an acquisition of more customer data.

One of the ‘Big Four’ technology companies, Google LLC, plans to launch checking accounts through a partnership with Citigroup, Stanford Federal Credit Union, and a number of other financial partners. The secret project has a code name called ‘Cache,’ according to sources stemming from the Wall Street Journal. However, people using the Google-backed checking accounts might not know the internet-related services company is behind the financial products. The checking accounts will still feature branding from the likes of financial incumbents such as Citibank and Google will only work behind the scenes. Google executive Caesar Sengupta explained:

Our approach is going to be to partner deeply with banks and the financial system — It may be the slightly longer path, but it’s more sustainable. The move by Google follows the recent partnership between Apple and Goldman Sachs that produced the Apple Card product. Many speculators believe Google is planning to enter the fray of banking in order to stay competitive with the other three heavyweights Facebook, Amazon, and Apple.

In a note to clients this week, Wells Fargo’s analyst Brian Fitzgerald said that Google is more interested in obtaining data. “Google is likely entering into these partnerships to increase its insights into consumer purchase behavior and consumer finances more broadly,” Fitzgerald said.

At the moment, a lot of the giant tech firms are laser-focused on financial technology and Facebook’s Calibra project is a testament to the trend. “Google is primarily focused on data to feed its core ad business, and less so on acting as a full-fledged bank,” CB Insights senior intelligence analyst Arieh Levi remarked. Another Extension of Surveillance Capitalism

Since the news went viral the ‘Bank of Google’ discussion has a lot of people wondering if Google will be privy to everyone’s finance behavior. Combing personal data like spending habits is just another extension of surveillance capitalism in the opinion of many skeptics. But Google believes the strategy is good for the internet in general.

“If we can help more people do more stuff in a digital way online, it’s good for the internet and good for us,” Sengupta stressed to the Wall Street Journal. “Of course they plan to leave the nitty-gritty details to the traditional finance folks.

All Google is really interested in is your financial data and for that I’m sure they’ll be willing to slap a kickass GUI and possibly a bit of value add as far as fees and rates are concerned,” Mati Greenspan, senior market analyst at Etoro explained in a note to investors about Google announcing “intentions to get deeper into financial services.”

”Facebook, Google, Amazon, Apple, they all just want to be like Tencent who’s been dominating Chinese payments for nearly a decade. In fact, the earnings report from Tencent today seemed to contain just as much valuable insight into the Chinese consumer than it did the actual company,” Greenspan added.

Many people believe massive tech firms like Apple and Google becoming financial behemoths is not out of the question, despite the kickback these companies receive from governments. However, the retail giant Walmart had its banking intentions stopped by financial institutions lobbying politicians.

A few years later, Walmart is now exploring cryptocurrency concepts. To digital currency advocates, the Google checking account news is just one more sign of the surveillance state growing larger, which in turn could push people toward decentralized cryptocurrencies.