Having A Gas: This Week In Crypto Pop Culture, March 25-29 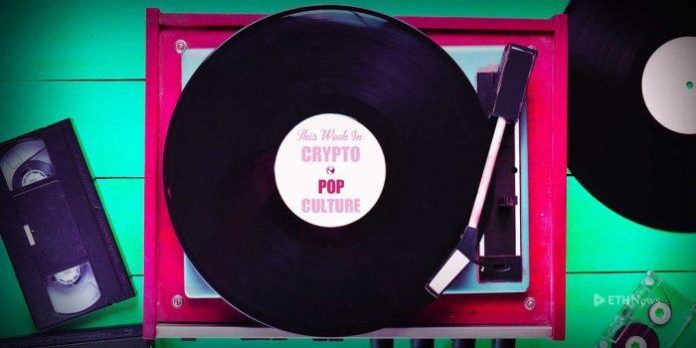 “Bitcoin and Friends” searches for Satoshi, sliding into a crypto shill’s DMs, and let’s not have blockchain tech be the next Beanie Babies, okay?

It’s Friday, March 29, everybody! It was the first official full week of spring, and this special time of year got me thinking about that famous Easter Bunny quote: “Once, every spring, the swamp creatures will rise up and flex their political muscles.” Now, I have more good news for those who aren’t ready to wake up from our fever dream reality, because ETHNews is here with Having A Gas, our weekly roundup of some of the lighter stories you may have missed in crypto and blockchain news.

The eight-part animated YouTube series “Bitcoin and Friends” aired its first episode (NSFW warning) this week, which follows an anthropomorphized bitcoin named B who, with help from an ice cream man and a gamer named Mitalik, is searching for its father. The episode features plenty of sneaky bitcoin Easter eggs. Despite B’s down-in-the-dumps demeanor, the coin can’t help but be transparent about what’s on its mind, like the transparency of a blockchain. B even vomits up tiny versions of itself, a reference to the block rewards that create new bitcoins.

All of the little references make me wonder what else about bitcoin or its history is going to be a part of the show? Spoiler alert, the first episode already found Dorian Satoshi Nakamoto, so that’s off the board. Still, at some point, B will have to buy some pizza, and I’m sure the show won’t be afraid to get super meta with a Roger Ver YouTube meltdown on a YouTube show. But who will be B’s father, aka Satoshi Nakamoto?

My money is on it being Jon Snow – both in “Bitcoin and Friends” and in real life.

Shill into Your DMs

This week, software developer Luke Childs announced the release of Coinflict of Interest, a browser extension that estimates a Twitter user’s bias toward bitcoin, Ethereum, Ripple, and bitcoin cash and tells you which one they’re most likely to shill. The extension uses data from hive.one, which ranks crypto-centric Twitter users on their influence by measuring the amount of attention generated by tweets.

Childs admits that the data isn’t perfect but says it’s at least accurate enough to be helpful. But what, exactly, does Childs mean by “helpful”? Is it actually helpful to know Roger Ver is likely to get vocal for bitcoin cash, or that Vitalik Buterin has a thing for Ethereum? I think what Childs meant by “helpful” was that Coinflict of Interest can provide the cryptosphere with its very own tool for sliding into someone’s DMs.

Have a thing for wide-eyed conspiracy theorists looking to prove themselves? That bitcoin cash advocate’s DMs are wide open. Perhaps you’re looking for someone more established, but generally useless overall. Find that bitcoin shill and slither on over.

Ivan Komar, the owner of the blockchain-based “decentralized sponsorship platform,” Sponsy, attempted to sell his startup on eBay this week. Touted as already having more than 10,000 likes on Facebook and 8,000 followers on Twitter, Komar’s eBay listing stated Sponsy has already been audited by an investment firm and comes with a “software solution enabling ICO/STO funds collection.”

Sponsy only ended up receiving one bid for its original listing price, which was far from the $200,000 figure Komar told the Financial Times would be the ideal selling price. The poor outing on eBay could signal something unsettling about the nascent technology. Sure, blockchains are practically linked to everything nowadays – from stock exchanges and smartphones to iced tea and tuna – but clearly the popularity didn’t carry over to the discerning eBay crowd, and I think I know why.

Remember Beanie Babies – the stuffed animal collectables that saw their market crash in the early 2000s after oversaturation killed the novelty, leaving a 99 cent eBay graveyard in their wake? Well, ETHNews already asked for your help in not letting Ethereum be the next Burning Man, but I think we’re going to have to ask one more thing of you: