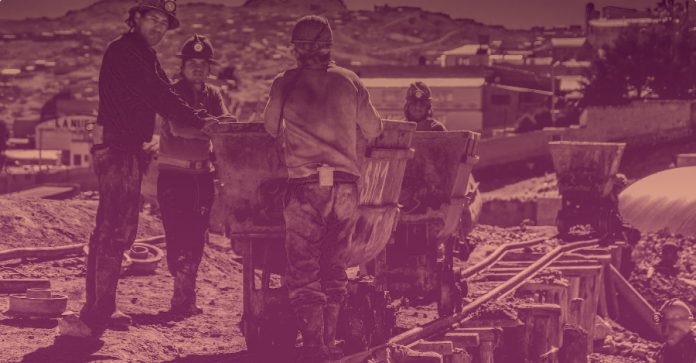 There’s no word on the price, but Bitmain is taking orders from today and eager buyers can expect to get their hands on them in November. Bitmain’s customers have experienced delays before; so the company has promised to compensate anyone who received their devices later than expected by offering coupons that give them access to a bigger slice of the rewards in its mining pool.

Northern Bitcoin’s offering is slightly different: it’s an entire container full of 144 ASIC miners and is aimed at large scale crypto mining. The container, which is 20 feet long, is designed to be kept outdoors and has a special filter that only lets in cold outside air.

Moritz Jäger, CTO of Northern Bitcoin, said “The new air-cooled technology has been optimized for year-round cool locations. With the new container variant, we are thus extending our option to open up new locations in Scandinavia for our Bitcoin mining.”

It’s not ready for market yet–with no date yet on when it would be available for purchase. But its current offering, 21 water-cooled, 40-foot containers that each houses 210 miners, is operational at the Lefdal Mine Datacenter in Norway. In the new, air-cooled 20-foot container, more mining rigs can be crammed in due to a few design tweaks.

The miners are the latest innovations in a booming market that’s desperate for supply. Bitcoin’s hashrate recently surpassed 94 quintillion hashes per second, the highest on record.  At this rate, it could hit 100 quintillion hashes per second some time later this week. Because the mining difficulty adjusts according to how many computers are mining for bitcoin at the same time, it shows how intensive competition is on the bitcoin mining network. As a result, revenues for mining have skyrocketed.

Unfortunately, what’s great for consumers is terrible for the environment. Digiconomist, which tracks the environmental impact of Bitcoin mining, estimates that the global annual bitcoin mining energy consumption is comparable to that of Denmark. The Guardian reports that Chinese mining operations, where most of bitcoin’s miners are based, use a lot of coal to keep their machines humming–and Canadian oil companies are using bitcoin mining as a loophole to avoid environmental quotas.