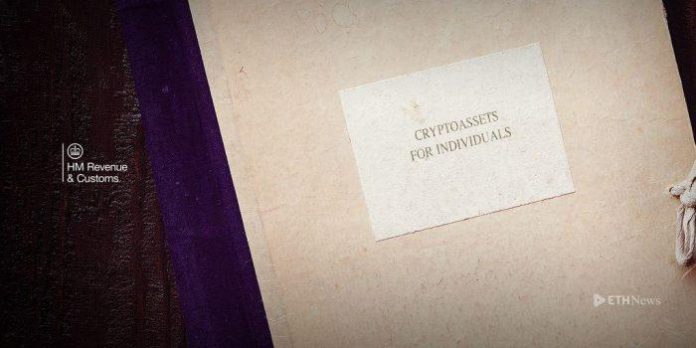 The agency’s extensive report outlines what individuals must document on their taxes, with future reports set to handle cryptoasset transactions involving businesses and companies.

Her Majesty’s Revenue and Customs (HMRC), the UK’s taxation agency, released a report on December 19 detailing the circumstances in which individuals who own cryptoassets are taxed. The report builds on the work of the UK’s Cryptoasset Taskforce (CATF), an entity made up of the UK Treasury, the Financial Conduct Authority (FCA), and the Bank of England, which, in October, laid out the UK’s definition of exchange tokens.

The CATF defined exchange tokens as “‘cryptocurrencies’ such as Bitcoin, Litecoin, and equivalents. They utilize a DLT [distributed ledger technology] platform and are not issued or backed by a central bank or other central body … [and] are used as a means of exchange or for investment.”

What Will Be Taxed?

The HMRC’s report notes that it is only considering the taxation of exchange tokens and that guidance for utility and security tokens – also defined by the CATF – will require different tax treatment to be presented separately.

However, the report states that how an exchange token is taxed is “dependent on the nature and use of the token.” The HMRC outlines that if an individual holds cryptoassets as a personal investment, then a capital gains tax must be paid once the asset has been sold. Additionally, if individuals receive tokens from an employer as payment, they must pay income tax and national insurance contributions, which fund state benefits.

The HMRC further clarified that an employer’s token payment is classified and taxed differently depending on whether the employee was paid in a readily convertible asset (RCA), i.e., a token that can be readily exchanged for fiat currency. If the employee is paid with an RCA, the employer must pay the income tax and the national insurance contribution, which the employee will then have to reimburse within 90 days of the end of the UK’s tax year. If the token is not an RCA, the individual is responsible for paying the fees, with no responsibility for the employer.

The HMRC also details how mining and airdrops will be taxed. Mined tokens will be taxable as miscellaneous income, which can be reduced by taking into account the price of equipment and electricity. For airdrops, income tax will not apply if the tokens were received “without doing anything in return” or when they’re not part of a “trade or business involving cryptoassets or mining.” If airdropped tokens were received in return for a service, then income tax applies.

The HMRC’s clarification notes that individuals must keep their own records for tokens received, yet there are apparently “no rules” for how one must keep records; the HMRC states records can be kept “on paper, digitally, or on part of a software program.” Individuals will be penalized for records that aren’t accurate, complete, or readable.

In order to simplify record-keeping, the report suggests pooling. Pooling allows for simplified capital gains tax calculation, removing the need to record each individual loss or gain. The HMRC explains: “If a person owns bitcoin, ether, and litecoin, they would have three pools and each would have its own ‘pooled allowable cost’ associated with it. This pooled allowable cost changes as more tokens of that particular type are acquired and disposed of.”

In addition, the HMRC states that certain costs are allowed as deductions when calculating the capital gains tax. This includes the original price of the token, any transaction fees, and the “professional costs to draw up a contract for the acquisition or disposal of the cryptoassets.”

Like what you read? Follow us on Twitter @ETHNews_ to receive the latest Her Majesty’s Revenue and Customs, HMRC or other Ethereum law and legislation news.