The Startup That Aims to Decrypt Blockchain for Business 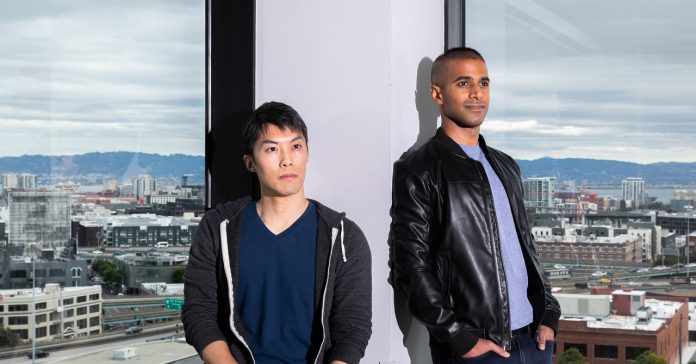 Nikil Viswanathan is an uber-connected, fast-talking 32-year-old with a record of turning simple consumer apps into viral success. So why is his new company, Alchemy, in the business of blockchain developer tools? He’d like to draw me a chart.

Viswanathan grabs a dry-erase marker from his cofounder, Joseph Lau, who has just doodled a rocketship alongside what he calls the company’s “flywheel of innovation”, and draws a pair of axes. On one axis, he writes, “number of lives touched.” The other, “impact on each life.” He places an X in the upper right corner—the guiding star, you might say, for a certain type of Silicon Valley entrepreneur.

“We’re very idealistic, as you can tell,” he says, flashing a beatific smile.

The two men had long ago decided that software was the best way to reach a lot of people. But how best to have an impact was an open question. Four years ago, Viswanathan and Lau believed they had found the answer with Down to Lunch, a meet-up app that tried to recreate the easy bonds of college. It was a surprise hit, vaulting them to the top of the App Store, the front page of the New York Times business section, and into the arms of unsolicited, high-profile investors. Then came the dark side of virality. First, the strain of a sudden onslaught of users, followed by copycat apps and a slanderous campaign that falsely claimed the app was a hotbed of sex trafficking. The experience crystallized a discovery made by many following in the footsteps of Dorsey and Zuck: It’s hard to break through in social media.

Hence, a pivot to the axes of arcane and boring. Alchemy, their two-year-old company, builds software and developer tools that help companies deal with the technical quirks of blockchain. The industry is rife with hype and uncertainty; the two Stanford grads say want to make it more approachable to serious programmers and investors. Plus, they are adamant—adamant—that they’ve found a niche with world-changing potential. “We have the opportunity to be at the ground floor and to impact how the entire world uses money,” Viswanathan says.

There’s potential in building software that other companies depend on. Microsoft, Salesforce, and Amazon’s AWS cloud-computing unit can attest to that. But Viswanathan and Lau noticed that blockchain didn’t have many such businesses yet.

Anyone who has struggled to set up a blockchain application will affirm that the industry needs better tools. The original developers of blockchains like Bitcoin and Ethereum were primarily cryptographers—interested in the architecture of distributed systems, not analytics platforms and debuggers. In addition to developer tools, Alchemy’s main product is a software platform that ensures companies receive up-to-date, accurate data from blockchains like Ethereum. That solves a major problem for blockchain developers, because the usual way of getting data—running your own blockchain node—is liable to go offline or provide bad information.

“We’re very idealistic, as you can tell.”

Now, Viswanathan and Lau reason, talented developers don’t want to deal with that hassle. If it were easier, better developers would build apps that people actually want to use. They compare it to earlier phases of computing history, when developers went from the tedious task of programming computers directly—using punch cards or assembly code—to the ease of writing applications on top of modern operating systems and browsers. If the industry takes off, they want Alchemy to be the Microsoft of distributed computing—the default OS, home to APIs and other tools to make blockchain user-friendly.

That’s a lot of ifs. But Alchemy’s investors see a potential payoff. The company raised $15 million earlier this year from crypto interests like Pantera Capital and Coinbase, as well as backers of Down to Lunch, including Alphabet chairman John Hennessy, LinkedIn cofounder Reid Hoffman, and Yahoo cofounder Jerry Yang.