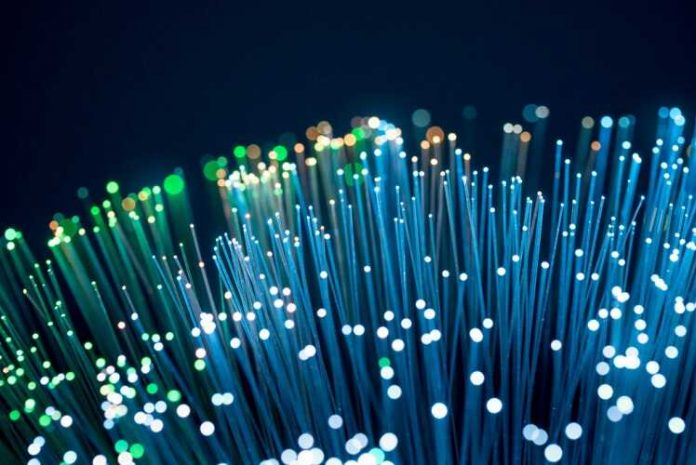 German-based non-profit dGen speculated the industry could surpass the trillion-dollar mark in the next decade. They wrote how DeFi’s potential could lead it to “leapfrog the current FinTech industry, providing a new structure of financial services.”

Many DeFi projects work under the assumption that decentralized finance represents a new era of freedom, where citizens across the world conduct economic activity without having to work with centralized traditional financial institutions.

PlutusDeFi, led by CEO Arnie Hill, has fallen into this camp. Originally starting as a DeFi lending aggregator, PlutusDeFi now has built out a generalized ‘full-stack’ DeFi aggregation platform focusing on privacy and anonymity.

A Vision Of “True Sovereign Wealth”

The PlutusDeFi team believes other projects and startups in the decentralized finance realm are a “half-step towards truly taking control away from corruptible centralized banks and traditional financial institutions.”

According to PlutusDeFi, plugging in multiple decentralized and non-custodial products like ETH mixers, on-chain privacy protocols, and options to purchase insurance for lending is the “solution to achieve a total decoupling and true sovereign wealth for everyone.”

Eventually, PlutusDeFi aims to introduce a range of products to open up the decentralized financial world for entrepreneurs and enterprises.

Scheduled projects include DeFi debit cards, DeFi-as-a-Service (SDK) for exchanges, a DeFi derivatives platform, and infrastructure to distribute tokens as payment with a single click.

The nucleus of PlutusDeFi’s full-stack infrastructure is seamless integration with a variety of platforms.

Its ‘Lend and Earn’ system gives users the ability to choose their preferred lending protocol in a three-step process. The native interface will display a consumer’s lending portfolio and any interest earned.

The PlutusDeFi team argues their platform is crypto’s only solution that aggregates functionality and cuts costs for end-users as Gas Fees increase on the network.

They’re intending to permanently end the era of having to switch between multiple browsers and apps while executing transactions by aggregating leading industry lending protocols like Compound and DYdX under one screen.

According to PlutusDeFi’s website, the project currently works with developer teams Nexus Mutual and Fortmatic on different platform integration strategies. Supported cryptocurrencies on PlutusDeFi include DAI, USDC, and a variety of altcoins. Wallet integration includes Metamask, Ledger, Trezor, and Fortmatic.

Aside from scaling up their full-stack platform, Plutus DeFi aims to mold decentralized finance into real-world accessible products that lack abstraction.

The team is building out infrastructure to facilitate the ability for African users to send currency via mobile money credits to local PlutusDeFi authorized accounts or agents.

To do so, PlutusDeFi intends to accept credit by integrating with leading African providers like M-Pesa, Vodacom, and Lipisha.

PlutusDeFi’s vision is to foster an ecosystem where mobile users across the African continent can deposit and withdraw funds into money market protocols like Compound, DyDx, Aave, and Curve.fi and earn interest just by sending text messages.

A MicroCap Project With A Value-Capture Utility Token

PlutusDeFi’s token sale hopes to raise a total of $1 million, integrating a bonding curve for the last $150k of raised funds. The project noted the bridge bonding curve listing would be the first of its kind in the blockchain space.

All bonded token allocation will be subject to a Bridge Fee to promote a liquid allocation. The fee schedule ranges from 55% (Month 1) down to 0% by Month 10. According to PlutusDeFi, the structure combines the bridge toll model (piloted by LTO Network) while integrating an exponential price increase structure to encourage maximin liquidation.

All fees associated with the project are reverted back to the token and split across three pools (re-audit fund, buyback and burn fund, staking pool).

PlutusDeFi announced a successful security audit by Zokyo of its Token Generation Smart Contracts in mid-July, ahead of a July 21st launch.

Fundraising endeavors primarily focus on privacy integration and insurance capabilities with Nexus Mutual and Aztec Protocol. The main PlutusDeFi has been completely constructed.

According to the PlutusDeFi team, new investors in the latest seed round include Blockchange Capital, Ethereal Capital, Danish Choudhury (Bitcoin.com CEO), and Eric Benz (Changelly CEO). NGC Ventures became the first VC fund to double its investment in the PlutusDeFi platform.

Other current investors, which include SMC Capital and Obsidian Capital, can be found on the project’s website.

PlutusDeFi recently announced a step forward for its vision to foster collaboration between traditional financial institutions and decentralized finance.

The project publicized the addition of academics Paolo Tusca and George Samman to advise the project on DeFi interoperability between privacy, insurance, lending, banking, and derivatives.

Tusca, a Professor in Computer Science Lending at the University College London, brings perspective into traditional financial infrastructure through blockchain and P2P financial solutions work with the central banks of Italy and Canada.

Samman, an advisor to global financial institutions, startups, and law firms, is the lead author of The State of Stablecoins 2019: Hype vs. Reality in the Race for Stable, Global, Digital Money. Samman’s work includes advising startups like Hedera Hashgraph and brings perspective with bridging the gap between decentralized finance and large organizations.