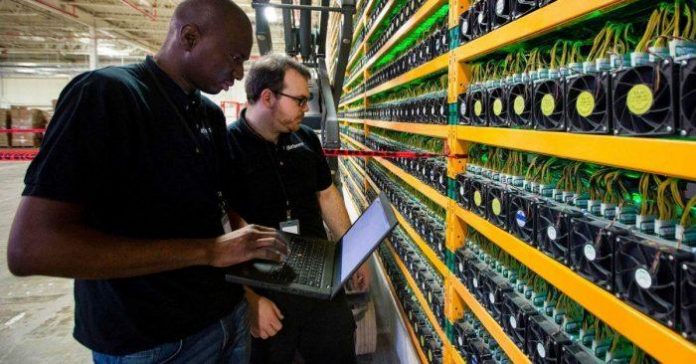 The drop in cryptocurrency prices is meaning job losses for some, but it may carve out an ideal hiring opportunity for tech giants.

Some blockchain start-ups, regardless of having talented teams of engineers, haven’t been able to prove a use case and are struggling to fund operations as the price of cryptocurrencies nosedives. Employees are slowly becoming free agents, which is good news for companies like .

The social media giant recently scooped up employees from start-up Chainspace, according to a report by Cheddar. Facebook confirmed to CNBC that it had hired a handful of employees but said it did not buy the company or its technology.

Chainspace is a crypto startup founded by PhD researchers from University College of London. Two of these founders are now listed as Facebook employees on LinkedIn. According to its website, the start-up is focused on “giving people ownership of their personal data” through a project called “DECODE.”

In a note to clients last week, RBC internet analyst Zachary Schwartzman highlighted blockchain as a threat to Facebook and other major tech companies. The Internet is still at the “embryonic stages of a potential massive paradigm shift” to computing on public blockchains, according to Schwartzman. That shift “could be a long term risk to Facebook’s underlying business model,” he said.

Schwartzman categorized Facebook’s move as an “acqui-hire” — a popular Silicon Valley term for when a company acquires a company only to recruit its employees.

“On the surface, it may appear that Facebook purposefully hired the technical team related to DECODE. But we don’t believe this was the case,” Schwartzman said. “Our view is that this was simply an acqui-hire to expand Facebook’s internal crypto team’s expertise.”

Facebook is on a growing list of tech companies testing out the blockchain space, with former PayPal executive David Marcus leading its charge. , , and are among others looking at use cases for the technology, which supporters call more transparent and more secure than existing data systems.

But like the internet, the best way to monetize it might not be obvious immediately. “Acqui-hiring” gives tech giants a way to quickly get blockchain experts that are already working together to find that use case, according to Satya Bajpai, head of blockchain and Digital Assets Investment Banking at JMP Securities.

“It will take some time,” said Bajpai, who advises blockchain companies on early stage M&A. “But as the technology matures and becomes more relevant to more customers, you’ll see a snowball effect with more public deals and partnerships.”