Kin adds music-streaming service MonkingMe to its lineup of apps 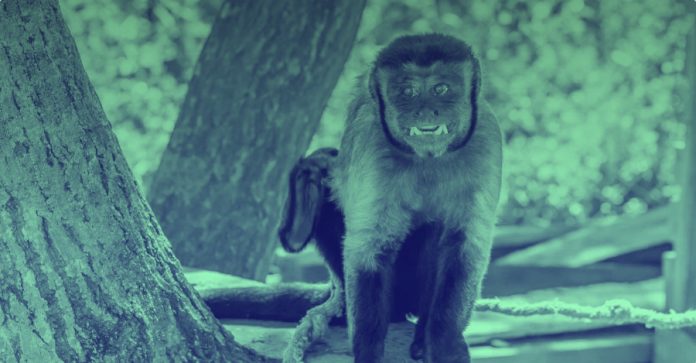 The music-streaming app company announced on Tuesday that it is integrating its platform with the Kin cryptocurrency, enabling MonkingMe customers to use Kin for payments and rewards on its network—and, in theory, exposing its service to Kin’s 500,000 monthly spenders.

“MonkingMe is helping artists and content creators generate revenue from music downloads and merchandise, giving almost 100 percent of the earnings back to them,” Alex Frenkel, general manager of the Kin Ecosystem, told Decrypt. “By joining the Kin Ecosystem, both artists and listeners will have a new way to enjoy and benefit from their engagement with music.”

MonkingMe, founded in 2014, is a music service that aims to connect artists directly with their fans. The idea is that, through the use of cryptocurrency, MonkingMe users will be able to engage with and reward their favorite artists—without the middlemen. And that means a better return for musicians, when compared to traditional streaming platforms, according to MonkingMe CEO Miquel Tolosa.

“The main attraction is that MonkingMe is a free music platform that increases the right holders’ payouts, between 1.5 to 3 times more compared to the mainstreaming platforms,” he said. Already, the app has been downloaded more than 2 million times across Android and iOS platforms, Tolosa said, with most users based in the U.S., Spain, Mexico, and throughout Latin America.

Here’s how it works: Artists can sign up for an account on the MonkingMe website or though either the Android or iOS app and begin sharing their content within a few minutes, said Tolosa. “MonkingMe also works with record labels that manage multiple artist profiles and then integrate through their technical department,” he added.

Up to now, artists on MonkingMe have been paid a portion of the ad revenue generated on the platform, as well as merchandise sales. MonkingMe users are able to skip or delete these ads by earning and using the platform’s native virtual currency, Bananas. (Yeah, we know, but is it really that much more comical of a name for a currency than Tron?)

MonkingMe users will continue to be able to earn Bananas by “completing missions” and “interacting with ads” to unlock premium features, said Tolosa, with Kin serving as the crypto of choice on the platform for users to tip artists, and for musicians to likewise reward their fans through in-app promotions and sweepstakes. And for developers, integrating Kin could mean enhancing “user acquisition efforts” and creating “new monetization opportunities,” Tolosa said.

Kin of my Kin

Kin, which launched through a $100 million ICO issued by the Canada-based messaging app company Kik, currently boasts more than 500,000 monthly users. It’s the figure most often cited by Kik CEO Ted Livingston and other representatives of the Kin Foundation when proclaiming Kin the “most widely used cryptocurrency in the world.”

That claim, however, has been challenged as inaccurate, most recently by cryptoasset data provider Coin Metrics. In its report, “An Analysis of Kin’s On-Chain Activity,” the data firm points out that fewer than 35,000 Kin addresses hold more than 10,000 Kin, which amounts to less than $0.16 at today’s prices. By comparison, XRP, Litecoin, Ethereum, and Bitcoin blockchains each have more than 1 million addresses that hold more than $1 worth of its respective cryptocurrency, according to Coin Metrics.

It’s no small point, as Kin’s usability and distribution as a currency that supports a “sufficiently decentralized network” may eventually become a factor in the SEC’s ongoing lawsuit against Kik over its unregulated ICO. The U.S. regulator claims that Kik’s sale of Kin in 2017 constituted an unregistered sale of “investment contracts,” and therefore an illegal offering of securities.

By continuing to add apps to its ecosystem—now numbering 66 apps in total, across various categories—the Kin Foundation strengthens its claim that Kin is, indeed, being used as a cryptocurrency, rather than a speculative investment.

At present, the Kik app still represents more than half of those “monthly active spenders,” according to the Kin Foundation’s own figures. The second-most popular Kin-enabled service, voiceover app MadLipz, pulls in close to 89,000 monthly users.

While MonkingMe’s monthly user figures are yet unknown, an app with more than 2 million downloads could provide a good-sized bump to Kin’s numbers.

“Kin is money for the digital world where everyone is fairly compensated for the value they create online,” said Frenkel. “We’re thrilled to add MonkingMe to the Kin Ecosystem.”