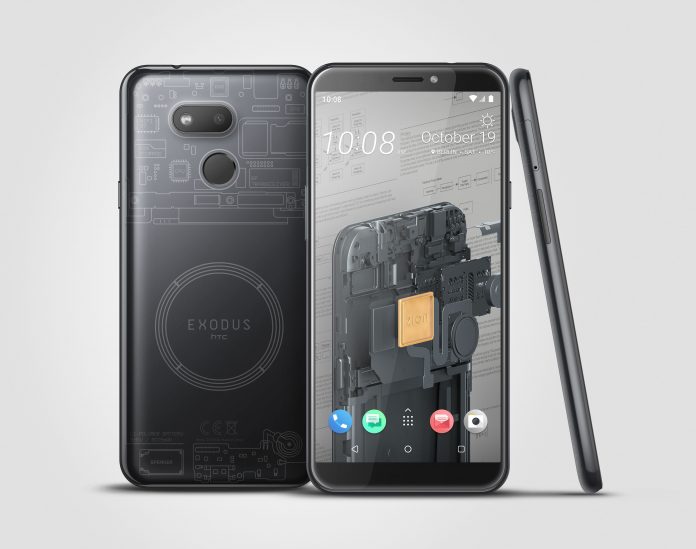 HTC is bringing out a cheaper version of its blockchain-friendly smartphone in a bid to entice the people hesitant about buying cryptocurrencies and expensive flagships from the likes of Apple and Samsung.

The Taiwanese smartphone maker on Saturday launched the Exodus 1s, a slightly smaller take on the Exodus 1, which it released last year. That phone initially cost 0.15 bitcoins — over $1,189 at current prices, similar to that of a high-end iPhone or Galaxy — although the company subsequently let people buy it in dollars for $699.

This new device costs 219 euros ($244), or the equivalent in cryptocurrency. But the big difference with this handset, according to HTC’s Phil Chen, is that it comes packed with cryptocurrency-related features that will let users exchange, lend and borrow digital assets. He added that the first phone met the firm’s own sales targets.

“This is a completely different device,” Chen, who serves as HTC’s “decentralized chief officer,” told CNBC. “The Exodus 1 is still available and is hitting our internal targets. We’ve been delighted with the response.”

One standout feature on the new phone, HTC says, is the ability to run a “full bitcoin node.” Buyers would have to fork out for a 400GB memory card that stores the bitcoin blockchain — a digital ledger used to validate transactions — on the phone. This basically means that users will be able to verify transactions on the underlying bitcoin network.

Chen explained this would enable cryptocurrency wallets on the phone to “calculate the user’s balance and ensure that future transactions are verified, further ensuring that the balance is actually owned by the spender.”

Cryptocurrencies are known to be volatile assets. The price of bitcoin hit an all-time high of close to $20,000 in December 2017, before slumping as low as $3,122 the following year. In 2019, the virtual currency has been on the rise, doubling in value since the start of the year.

Why focus on blockchain?

HTC believes the new gadget will help it stand out in a sluggish smartphone market. The company has for years now mostly flown under the radar when it comes to phones. Since Google bought the HTC team that made its Pixel phones in 2017, the firm has been fairly quiet when it comes to new releases.

It has been shifting its focus away from phones over the past few years to virtual reality, and last year said it would lay off 1,500 workers to “realign” resources. But Chen said the firm sees an opportunity to reinvigorate the smartphone market with crypto-friendly features, particularly for people with restricted access to the financial system.

“Initially considered a gimmick by some, crypto technology is the next frontier of smartphone innovation,” Chen said. “For the smartphone category to grow again, we need more adoption of cryptophones.”

The company isn’t the only firm to have developed a phone focusing on blockchain. Swiss start-up Sirin Labs has launched a crypto-focused product, while Samsung released a blockchain-branded variant of its Galaxy Note 10 in South Korea.

HTC said the phone will initially ship to Europe, Taiwan, Saudi Arabia and the United Arab Emirates, and will be available in other markets further down the line.