How Bitcoin Mining Works – All you need to know 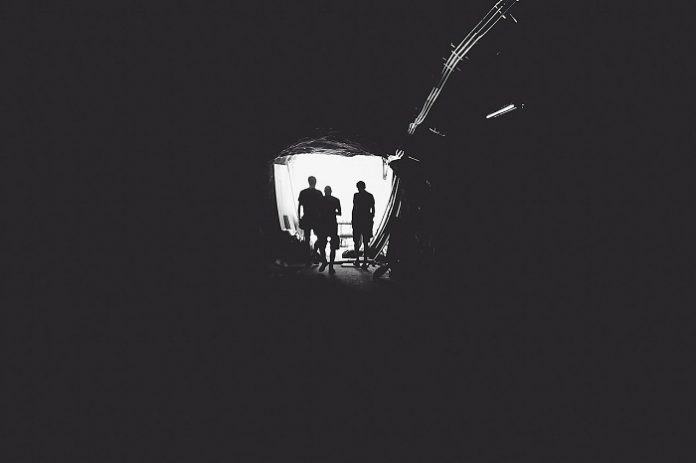 Bitcoin, being one of the most popular franchises of cryptocurrencies in the world has been surfing through the buzz all around the year. But when it comes to Bitcoin mining there are questions which are often left unanswered.

This article, however, will be trying to address the various nuances of this topic, covering all the fundamental queries that people come across and explain how bitcoin mining works.

What exactly is Bitcoin Mining?

Bitcoin mining can be addressed as the backbone of the network structure upon which Bitcoin banks on. While mining can be a costly venture, it does draw in many investors who are enthusiastic about cryptocurrency.

This can also be the case where most of these enthusiasts equate mining with prospects associated with gold. Moreover, if you are technologically sound, then why not just do it.

Bitcoin Mining is being taken care of by high-powered computers. The role of these miners is to secure and process transactions associated with Bitcoin.

The miners achieve this feat by solving computational problems that allow them to sync together with the blocks of each transaction. This also where the word Blockchain comes from.

The money earned is primarily from the transaction fees incurred and also from the Bitcoins created. The reward usually ranges within 12.5 Bitcoin which is equated with its current evaluation come to 12.5 x $9,941.23= $124265.375, as yet.

However, the reward size will be halved in 2020.

What is proof of work?

POW or Proof of Work is a data piece which is very difficult to produce, such that it would suffice the requisites. Producing pow is a time-consuming random process which usually banks on probability. So, trial and error methods are implemented before coming up with a valid pow.

What is the point of mining?

Primarily, the miners invest in this venture to earn money and get rewards which have already been discussed in the previous section. But there several aspects to Bitcoin mining which are as follows:

Miners are responsible for securing Bitcoin networks by preventing the possibility of any attacks. Higher the number of miners, the more secure it is from attacks. There is also a way to reverse a transaction by having a network hash power of 51% or more. The hash power that is distributed amongst several other miners ideally keeps the network safe and secure.

Unlike traditional currencies which are issued by any central bank to improve the economy, BTC miners are rewarded with Bitcoins at an interval of ten minutes. The issuance rate, however, is set in a way that the miners can’t hijack, cheat or take Bitcoins out of the blue. At the end of the day, they will be required to use their machines to create new Bitcoins.

To potentially earn Bitcoins, there are two primarily requisites i.e. luck and effort

What Kind of Equation do they have to solve?

There is no requirement for solving grads level mathematics. What these miners are doing is that they are coming with a hash i.e. a 64-digit hexadecimal number which is either lesser or greater than the target hash.

This can be a difficult part since the guess can only work so well. And, this entire process takes up a lot of power, rather it requires that heavy flow of computational power. They have rates are measures as megahashes/second, terahashes/second and gigahashes/second.

You would need to have an ASIC or an application-specific circuit or a graphic processing unit or GPU miner. The price of these hardwares ranges starts from 500$ which can increase depending on the kind of machine you are investing in.

How Can You Mine Bitcoins?

While mining takes time and patience, it also is a matter of profitability and monetary backing. Mining requires a lot of space and preferably a place where electricity is cheap. But there are some fundamental steps which a beginner can follow to start with their mining venture, preferably on a smaller scale.

The hardware is necessary for mining which has already been discussed above. A GPU or an ASIC miner are specifically made for mining. Never try to mine on your personal computer or your laptops. You are likely to earn a penny per year since the computational power won’t be enough for large-scale mining.

Once you are done getting yourself mining hardware, select a mining pool. Without having a mining pool, you’d only get the payout for mining the block that you have found without any external help. This is also known as solo mining. But if your hardware is not being able to support the requisite hash rate, then it wouldn’t be enough to go for solo mining. A mining pool essentially helps you in getting a stable payout which is based on the hash rate contributed by you in the pool. For instance, if you had a contribution of 1% of the total hash rate of the pool, you are likely to have .125 BTC out of the current reward rate i.e. 12.5 BTC.

Bitcoin mining software is what’s been used along with your hardware. The software is required to assess the hash rate of the pool you are using. That software also helps you to tell the address where the payouts are to be sent at. The mining software is available across platforms i.e. Windows, Linux, and Mac.

It is important to see if you are turning in any profit for which you need to calculate by using a mining calculator. This will give a rough idea of how far your profitability goes.

Countries differ on regulations when it comes to Bitcoin mining. There are local counselors that you can find assistance from in terms of the legalities and tax implications. But like any other businesses, you can write these expenses incurred under hardware and electricity costs.

You can mine BTC on your mobile devices on applications like Easy Miner or Crypto Miner. But you are less likely to make any money, a penny per year barely counts as income. Android Phones doesn’t have the power to match the requisite power threshold.

The waiting time will eventually be longer unless there’s an update which fixes the current protocol. Scaling has been an issue for Bitcoin which most miners agree since they have felt the need to address it as well.

Mining efficiency is increasing and improving so the power consumed is still lesser than it formerly used to. The mining hardware has also seen changes, like for instance, it has moved from CPUs to GPUs to FPGAs.

On the other hand, ASICs have been replaced with integrated ASIC mining chip architecture. The tech is continually being upgraded to offer innovation and greater rewards for the miners.

The complex process of Bitcoin mining takes time and a resounding amount of patience. But complexity has never barred anyone from actually investing in this particular venture.

Bitcoin mining can essentially be equated with a guessing game but you’d need to be excellent at guessing the possibilities.

Bitcoin mining brings in a pool for a competition which can only be dealt with if you have upgrades at regular intervals.

But when you are using GPUs, AICs and desktops computers, the electricity bill incurred often exceeds the revenue garnered over time. So, finding a place that produces cheap electricity is essential. Countries like Canada have improved the situation in many ways which has helped companies invest in Blockchain technology and mining. While Canada has been going forward with their support on this venture, it is yet to see what awaits on the other ends of the world.

We hope you understood how bitcoin mining works by now. If you don’t please help us make this article by dropping us a message here or via the comments section below.

On the other hand, if you understood how bitcoin mining works we would really appreciate, if you shared this article with your peers.

Bitcoin travel is a reality, as several...
Read more
Blog

The crypto industry has grown significantly despite...
Read more