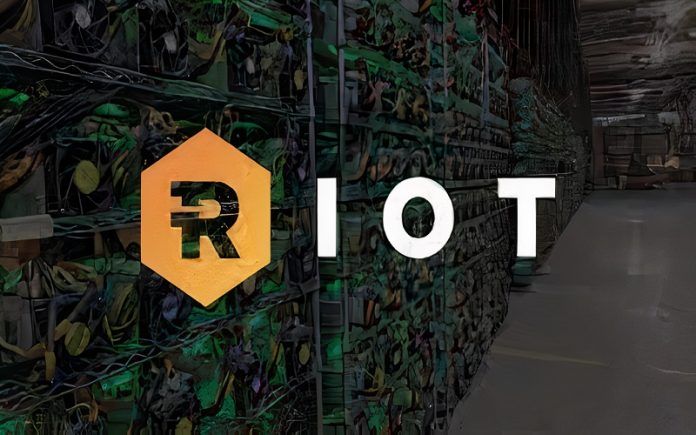 According to Bloomberg, Riot Blockchain, a bitcoin mining company, is expected to buy Whinstone for $651 million.

Riot announced the news on Thursday, stating that it had reached a binding agreement with bitcoin mining hosting facility Whinstone for the contract, which would be financed by a combination of cash and storage.

Riot would compensate Northern Data, the owner of Whinstone, $80 million in cash and the remainder in stock, approximately a 12% interest.

Whinstone’s takeover is a watershed moment for Riot and its stakeholders. Riot considers Whinstone as a crucial element of its plan to establish a global industry-leading Bitcoin mining infrastructure. Riot is projected to become the largest publicly listed Bitcoin mining and hosting firm in North America upon completion of this transaction, as calculated by total built capability.

The deal, which is subject to regulatory approvals and other normal closing conditions, is scheduled to close in the second quarter of 2021.

“Upon closing this deal, we will have established a very straightforward direction for the Company’s future development,” Riot CEO Jason Les said. “Riot will own the biggest Bitcoin mining plant in North America, with very low electricity costs and one of the industry’s most talented growth teams.”

Riot said that the purchase will diversify its income streams and result in “significant” financial and operating synergies.

With Whinstone’s industry-leading squad, Riot will be eager to undertake rapidly scaling its self-mining sector. The Whinstone team, headed by Chad Harris, has risen to prominence as a developer and operator of Bitcoin hosting facilities over the last two years, as Bitcoin mining has achieved institutional size. Whinstone’s Texas operations were developed from greenfield to commercialization in fewer than twelve months by a team of around 100 employees. Riot’s potential operating and financial success is greatly mitigated by the talented Whinstone staff and the facility’s considerable expansion ability.

“We are excited to be joining Riot, as both Riot and Whinstone share a vision for the future of Bitcoin mining in America”

Whinstone reportedly owns a capacity of 300 MW (megawatts), and Riot stated that it can be extended “rapidly” by an extra 450 MW, establishing a “clear and greatly de-risked” course for future expansion.

Riot aspires to be the industry pioneer of bitcoin mining and hosting. Indeed, the company revealed yesterday that it has placed an order for 42,000 bitcoin miners valued $138.5 million, which will be delivered over October 2022. As completely implemented, these miners can boost Riot’s processing capacity to approximately 7.7 million tera hashes per second (TH/s), or approximately 4.6 percent of the network’s existing amount.